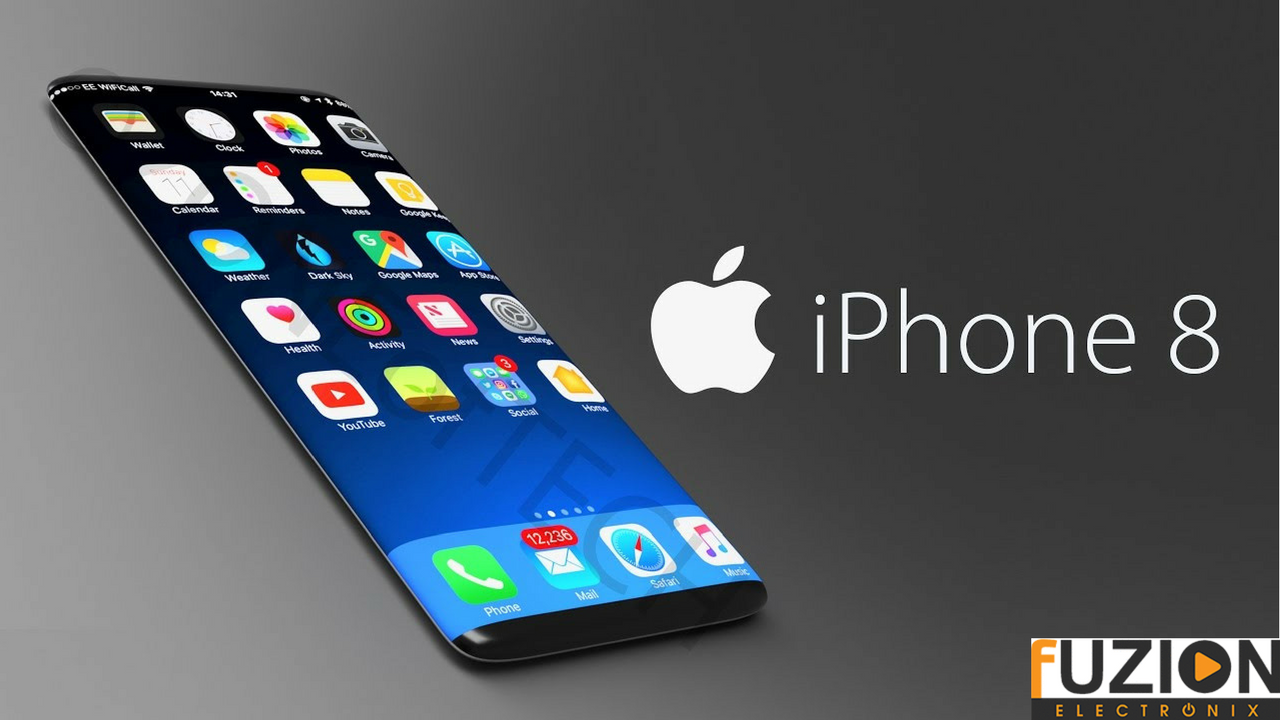 While the iPhone 8 is still months away from its release, like all other iPhones that came into the market before it, rumors and speculations have begun months ago! From the name to the release date, the hardware and the look, the rumors about the phone are endless. For your convenience, we have included the most viable speculations and rumors from the most trusted sources in here.

Let’s get started with the name, well, as you may already know, the iPhone 8 will be Apple’s 10th anniversary smartphone and thus, it is rumored that the phone may arrive in the market as the ‘iPhone X’ or the ‘iPhone Edition’ rather than as ‘iPhone 8’. A few sources have also claimed that the iPhone 8 may be called the ‘iPhone Pro’.

The iPhone 8 is most likely to be launched into the market in September 2017 which would mark 10 years since the time Apple released its first smartphone. There have been contradictory reports however; one report claims that the company may only release a limited number of the new iPhone in September, delaying the release of the rest November or December. This claim has been substantiated by a note from an analyst of Cowen and Company which states that Apple may be delaying the release due to problems with the Touch ID Sensor.

Meanwhile, a report from Business Insider earlier suggested that the phone might not make it into the market before 2018 due to massive supply chain problems and other technical challenges. Meanwhile Digitimes have contradictorily reported the mass production of the phones which puts them on a course for market release in October, 2017.

Don’t make the mistake of thinking or listening to any rumor that states that the new iPhone might come out as cheap. In fact, if it’s anything like what Apple did with their new Macbooks, the new iPhone will be more expensive than the 7s. If you are saving up money to buy the new iPhone as soon as it hits the stores, we would say that you need to save more than a thousand dollars, around $1100 may be a good enough amount.

It should come to you as no surprise when we say that the new iPhone is most likely to feature a giant edge to edge OLED display. There have been rumors from our most credible sources that Apple has been giving the edge to edge display a shot in their labs for a long time now and the new iPhone is deemed to be the first phone from the company armed with that technology. That being said, it won’t come off as cheap.

The new iPhone is expected to feature a 5.8 inch edge to edge OLED display which is going to be expensive, in fact, it is going to be the most expensive component of the new phone costing about a $100 per panel. Also, an edge to edge display also means that the home button will no longer be there, it will be replaced with a touch function. 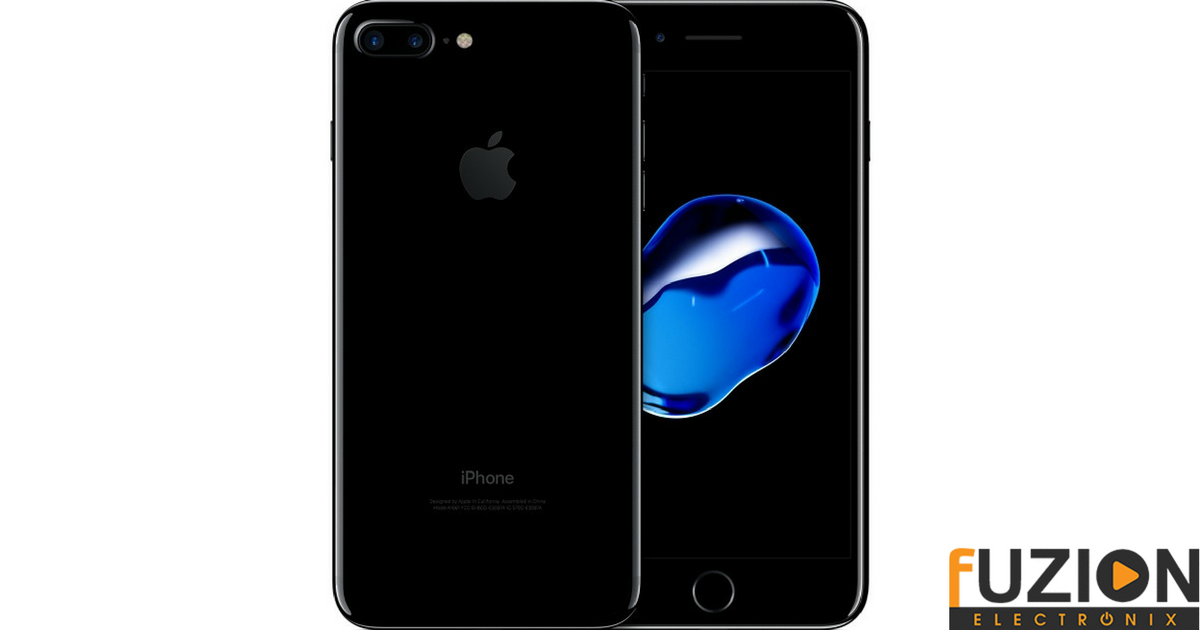 When it comes to designing phones and making them look exquisite, Apple is a very strong player in the smartphone market. While the company may price their phones $1000+, they can also give their users a visual cue which tells them that it’s worth the price they pay for it- this time, Apple intends to do that with a mirror finish that complements the shiny jet black finish that is found in the current iPhone lineup.

Initially, there were other rumors which stated that the new iPhone may take up the new and trendy curved look which is popular among cellphone giants in the existing market; however, a few months down the line, those theories were discarded. 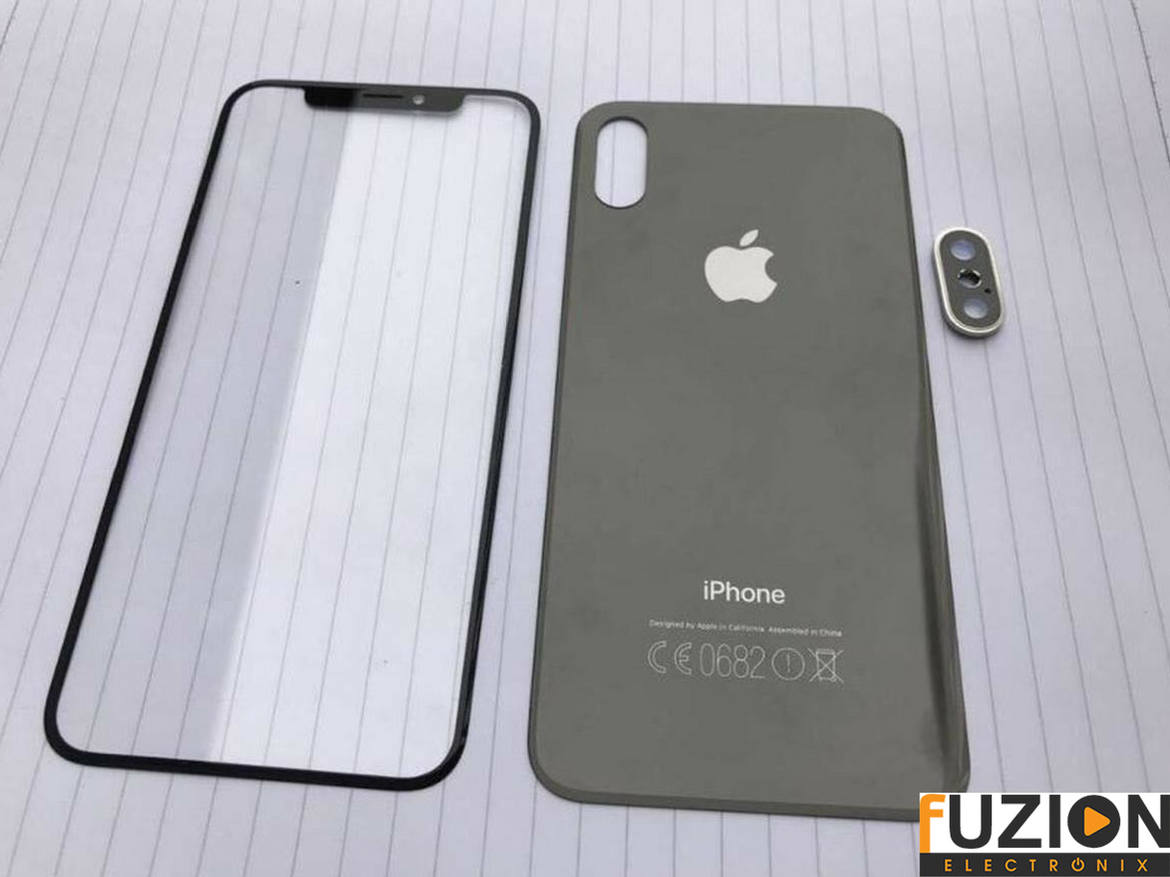 The image above shows the alleged parts of the iPhone 8, this leaked photo was initially posted on Reddit. As you can see, it displays a very thin screen bezel with space on the top for the camera, speaker and the Microphone.

If you have read up about, seen or used the Galaxy S8, you will know that in order to make the phone bezel free, Samsung had to move the fingerprint reader to the rear side of the device. As mentioned before, Apple too will go for the edge-to-edge, bezel free look in their new phone, which means that it too will have to relocate its touch ID sensor, or does it? Well, Apple has recently gained a patent that would allow them to embed the Touch ID sensor into the display, this would allow for virtual buttons and consequently, allow Apple to finally do away with their physical home button.

The rumors are strong with this feature! We have received multiple reports from various credible sources that the Aluminium back of the iPhone is going to be swapped for a glass back which would allow for the facilitation of wireless charging (which does not play well with metal casing), we know that Foxconn has been awarded the contract for making wireless charging modules for Apple. However, we also realize that for the most avid cell phone user, this feature may not provoke excitement as it’s one that has been present on top-tier Android sets for years now.

We have not read up on or heard any rumors about the quality of the cameras or whether Apple’s introducing any sort of new technologies with their cameras. But for now, what we know is that the new iPhone will have dual rear cameras which are going to be vertically aligned. We are not sure about why Apple might move out from the horizontal alignment of rear cameras featured in the iPhone 7 and opt for a vertical alignment, but we know that it’s happening. 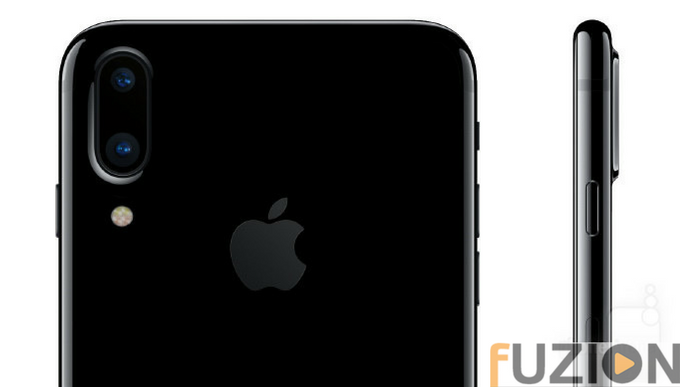 Apple’s arch rivals, Samsung made it clear to the smartphone industry that there are other ways via which your phone may recognize you and unlock itself for use. While Samsung released Iris scanning technology with their ill-fated Galaxy Note 7, they stepped up their game with the Galaxy S8 which features both Iris and facial recognition technology aside from fingerprint. Apple is now finally playing catching up and is set to release their first smartphone which features the Iris scanning technology.

While the latest lineup of iPhones were rated as Water Resistant, it fell short when it was compared to the waterproofing of the Galaxy S7. Apple again is playing the catch up game, as we now know from rumors that Apple is now working tirelessly to improve the waterproofing ability of the new iPhone which can withstand higher depths and pressures.

It’s very hard to pinpoint hardware for any new Apple smartphone before it comes out in the market, but we have made our research and have come up with the best guessable tech spec that the new iPhone may embellish:

Support for LTE speeds up to 450Mbps

Storage ranging from 64GB to 256GB

All in all, we believe that the new iPhone will surely be Apple’s best phone into the market which would look much different and will have a lot more features than the current lineup. However, it’s not going to come for cheap and as mentioned before, the safest amount to save up for the new iPhone would be in the range of $1100.