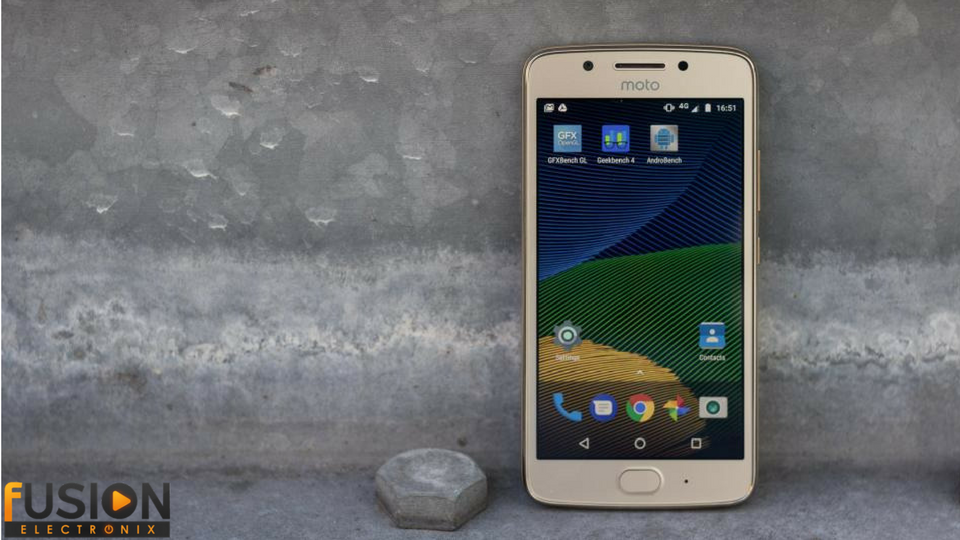 Since its inception, the Moto G series has brought to us an excellent selection of mobile phones with top-of-the-line features. In this article, we pit their three latest releases, the Moto G5 Plus, the Moto G5 and the Moto G4 Plus against each other and find out which one’s your money’s worth!

The Moto G5 Plus consists of a 5.2-inch display and has a resolution of 1080p. It has precise hues and contrast and there is a lot of detail which is really good when compared to other phones in its price range. There are no issues with visibility and the mobile phone also consists of Full High Definition resolution which looks pretty dandy. The IPS display is amazing and its multimedia is quite dynamic. 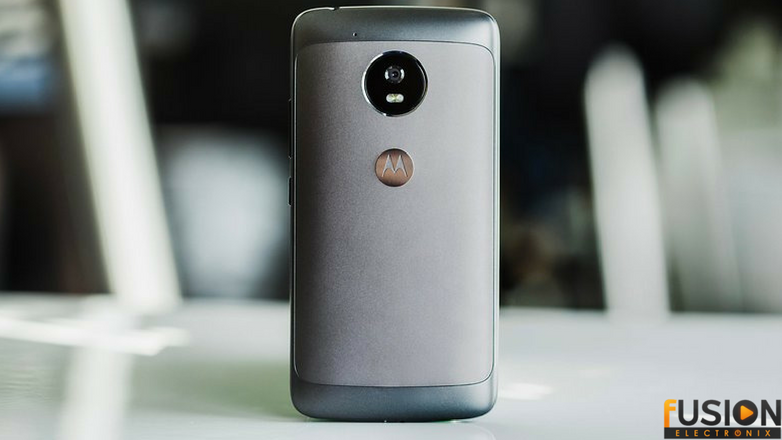 Rear view of the Moto G5 Plus

On the other hand, the Moto G5 consists of a 5-inch screen which is a pretty good size for playing games, browsing the internet, reading blogs and articles, watching movies and much more. It has a 1080p resolution with sharper pixels and great visual. The mobile phone consists of two distinctive color modes known as Standard and Vibrant.

Just like every Moto G series mobile phone, the Moto G4 Plus is known to have a decent screen at its given cost. Truth be told, the screen is mind-blowing and superior to some of the mobile phones that cost significantly more. Moto G4 Plus also consists of a Full High Definition resolution and the colors are quite sharp and vibrant.

With amazing design and configuration, the Moto G5 Plus is similar to other expensive mobile phones. The Moto G5 Plus consists of dimensions 150.2 x 74 x 7.7 - 9.7mm, and it is a few millimeters shorter than Moto G4 Plus in both length and width. Although the phone has a larger screen, the phone is a good fit in hand. At the bottom of the mobile phone, there is a Micro USB port and an incredible fingerprint sensor.

The Moto G5 is a 5-inch mobile phone with a micro USB port at the bottom and a small notch that will enable you to remove the battery. It also consists of two slots for sim card and a microSD card slot. There is a standard 3.5mm earphone port at the top and a volume rocker; the power button is placed underneath it. In the front part of the mobile phone, there is the front camera and speaker with a Moto logo and at the base, there is a unique fingerprint sensor and microphone.

Unlike the Moto G5 Plus and the Moto G5, the Moto G4 is a 5.5-inch mobile phone with delicate features and design. When you hold the mobile phone for the first time, you will notice that while it has a good hold, it can get slippery as well. You will need to pop off the back cover to place your sim card and microSD card in their respective slots. The mobile phone consists of a fingerprint sensor which is quite responsive and unlocks the phone right away. 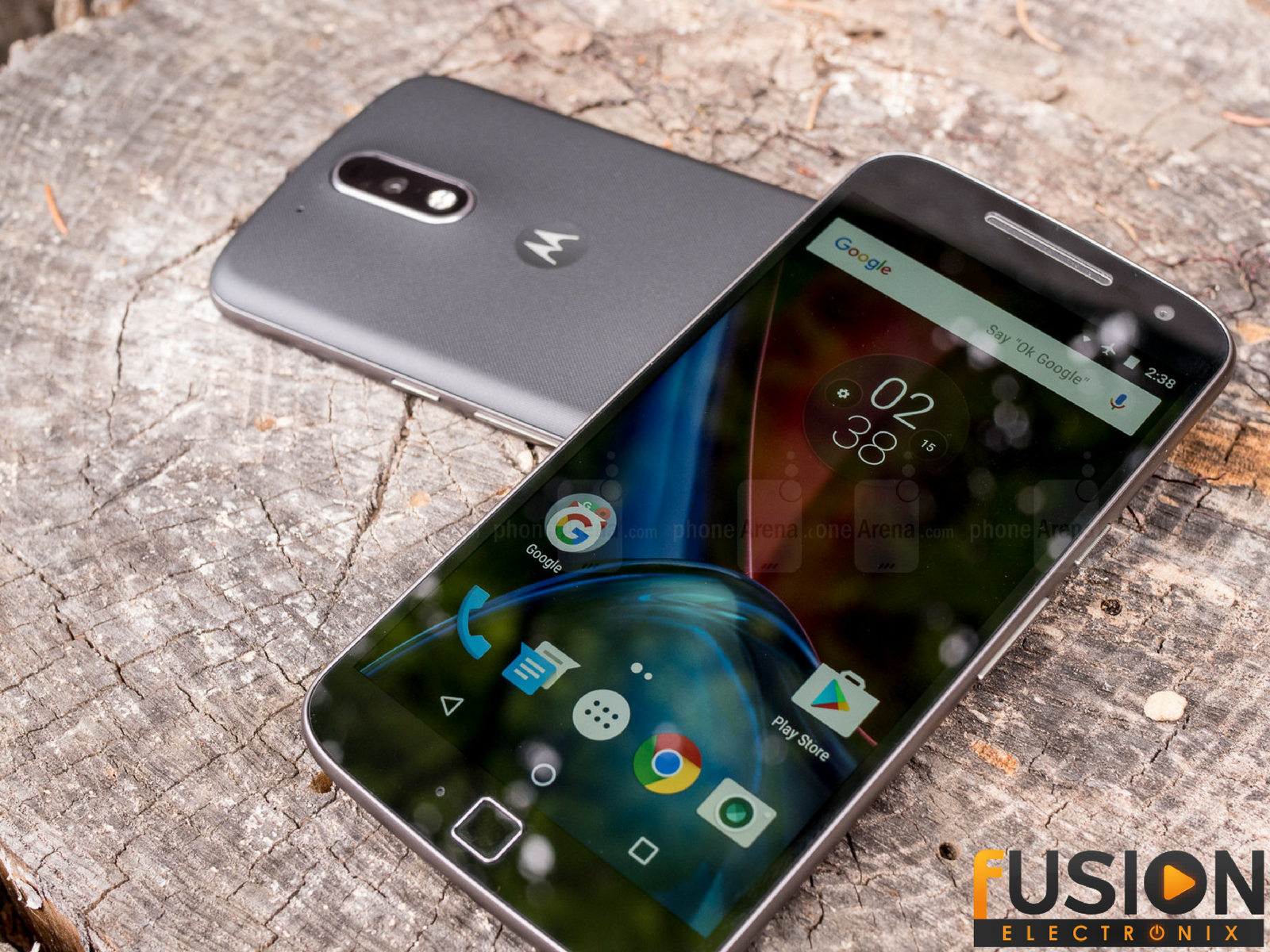 The Moto G4 Plus

The Moto G5 Plus consists of a 12 MP rear camera along with an f/ 1.7 aperture, and a 5 MP front camera with an f/ 2.2 aperture. The mobile phone has a phase detection autofocus feature and a dual LED dual tone. The Moto G5 Plus records video at 2160p at 30fps. While the shots taken in low light are not incredible, it does take quite decent shots in daylight with vibrant colors and contrast. 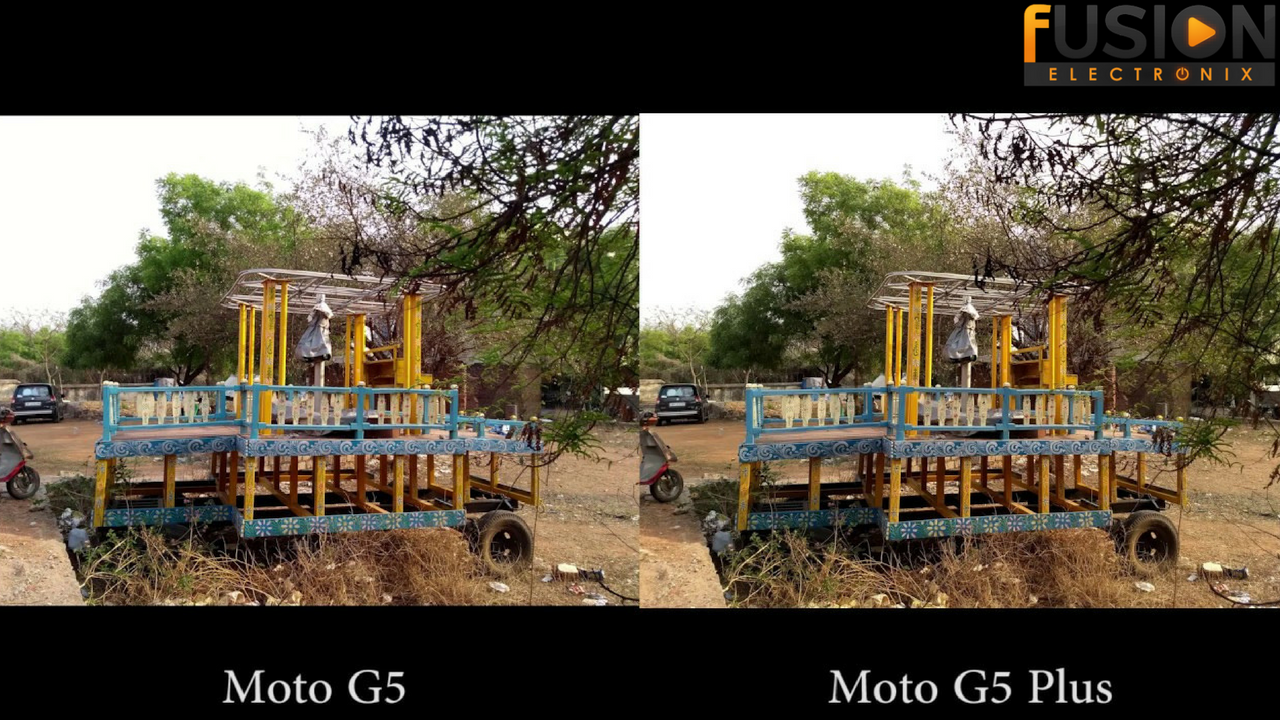 The primary camera of the Moto G5 is 13 MP with an aperture of f/2.0. While the front camera is of only 5 MP with an aperture of f/2.2, it has phase detection focus and LED flash which perform pretty great. Other features include geo-tagging, touch focus, face detection, and panorama. The camera is known to take great shots at daylight with good contrast. The Moto G5 Plus records video in 1080p at 30fps.

The Moto G4 plus consists of a 16 MP rear camera with f/2.0 aperture and 5 MP front camera with f/2.2 aperture. The front and rear camera of the mobile phone takes pictures of great quality. The primary camera consists of phase detection and laser autofocus feature. Along with that, it is also known to have dual-LED dual-tone flash. The color grading of the pictures is amazing with accurate saturation and contrast. The mobile phone records video in 1080p at 30fps. 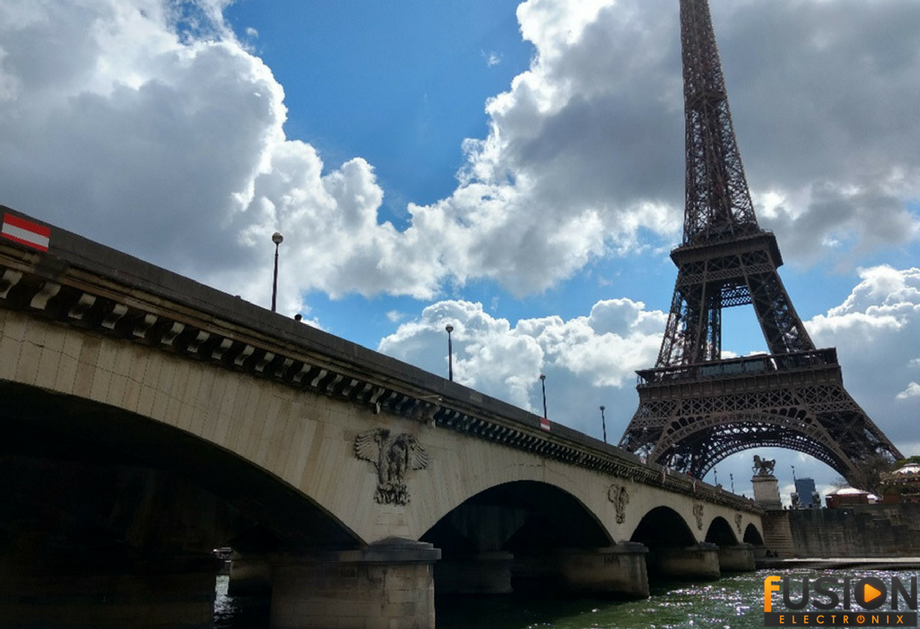 Shot with the Moto G4 Plus

The Moto G5 Plus comes with a non-removable Li-Ion 3000 mAh battery that provides pretty good battery life. Though the battery life most depends on how many hours you spend browsing the internet on your mobile phone or watch a video in Full High Definition. At the end of the day; however, you may need to charge the mobile phone.

On the other hand, the Moto G5 comes with a removable Li-Ion 2800 mAh battery, which to be fair, is not much and you will need to charge the mobile phone every day. If the use is moderate, it lasts considerably longer, with 100% charge, if you use your mobile phone only for taking calls and texting, checking or sending emails, you will observe that at the end of the day, the charge has decreased to only 60%. If you browse the internet and watch a few videos however, the charge tends to go down pretty quickly. 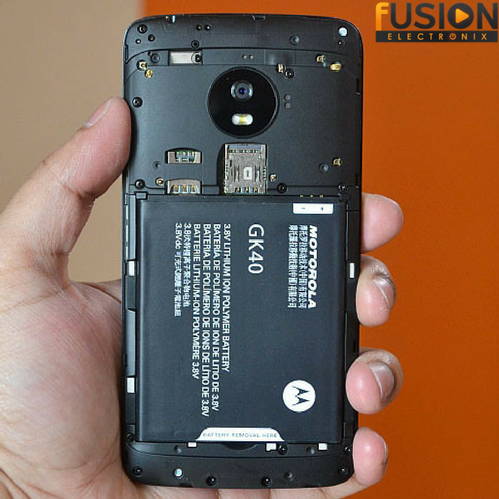 Similar to Moto G5 Plus, the Moto G4 Plus comes with a non-removable Li-Ion 3000 mAh battery. While it may seem that it has a great battery life, what you need to consider that it needs to power a 5.5-inch mobile phone. A larger consumes a lot more power so with 100% charge, if you watch a Full High Definition video for an hour, the charge will decrease to only up to 70% – 65%.

The Moto G5 Plus comes with a Qualcomm Snapdragon 625 processor and has two versions – one of the versions consist of 2 GB of RAM up to 32 GB of internal storage and the other version consists of 4 GB of RAM with up to 64 GB of internal storage space. The mobile phone also consists of an Octa-core 2.0 GHz Cortex A53 and a GPU that is Adreno 506. While testing the mobile phone on the benchmarking software known as Geekbench 4.0, the Moto G5 Plus has scored 2,500 on multi-core.

The Moto G5 Plus operates on Android 7.1 Nougat and can be upgraded to 8.0 Oreo. The mobile phone consists of a few Moto applications including Moto Display. Some incredible applications include split screen app and battery saving app.

Similar to Moto G5 Plus, the Moto G5operates on Android 7.1 Nougat and can be upgraded to 8.0 Oreo. The interface of the mobile phone is simply amazing and all the applications are streamlined and also can be regularly updated.

The Moto G4 plus comes with Android 6.0.1 Marshmallow and can be upgraded to 7.1 Nougat. With impressive application and features, the mobile phone is amazing.