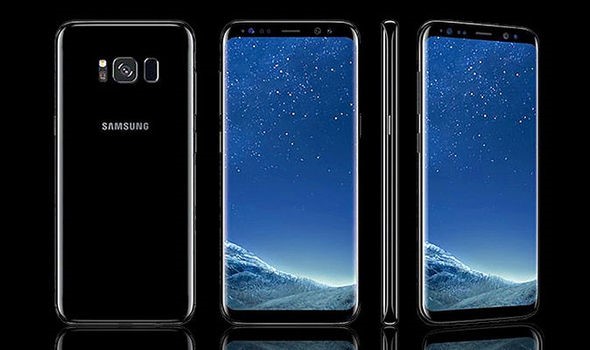 In today’s market, the best smartphones out there will usually cost you an arm and a leg. Of course, gadget freaks, collectors and in general well-off customers can afford the price to get that quality. A smartphone, like your car, is not merely a phone anymore: it is also an indicator of who you are. So when you are among the people who cannot, or would not splurge a huge amount of money on your phone, but not looking forward to missing out on all the fun either, budget phones are your answer. And when talking about latest budget phones, the list of the best smartphones out there at the moment must include the Motorola Moto G5.

With a price tag tiptoeing around $220, you might think this phone is simple, but that is where you would be wrong because the Moto G5 is anything but simple. It provides wonderful performance against cost; alongside, the sleek metal body tends to create the illusion of this phone being more expensive than it actually is. Anyone looking for a budget phone that you can use every day without having to worry about serious performance related or lag issues should definitely consider this phone. The Moto G5 plus is, obviously a better option if you do not mind paying much more, but considering its performance, design and outlook, user experience and most importantly the shockingly low price, this phone is an excellent buy and is one of the best smartphones in that price range. It might be prudent to take a detailed look at why the phone is as good as we claim, so take a look at a brief descriptive and comparative breakdown of the specifications and features of the phone where we will discuss the strengths and weaknesses of Motorola Moto G5.

Budget phones such as the ones priced around $200 tend to have an outlook that reflects the price of the phone. This is where the powerful, new Moto G5 simply snuffs out any competition. With a body made of aluminum, the phone already looks quite handsome. Also, a water-repelling coating on the surface protects it from rain and light water spray. Compared to the previous version from Moto G series, where the G4 donned a plastic body that did not create a stark difference in its outlook from other budget phones. The metallic body of G5 and its upgraded brother G5 plus makes the previous G4 look decades older than just being a previous generation. Measuring 144.3x3.73x9.5 mm in dimension and weighing a comfortable 145 grams that can easily be operated with one hand, this phone does not have a design to compete with the giants among the best smartphones, like the Galaxy 8 or the iPhone 6s, it definitely gives you more than you could hope for with the price you paid for it. It is simple, elegant and smooth. The 5-inch display and a fingerprint sensor on the front blend comfortably with the large circular camera aperture and the emblemised “M” that is the famous Motorola logo. The body is available in gold and lunar gray and also has a blue outfit exclusively for O2 users. The build quality is awesome and it is easily conceivable that a lot of work was done on each and every detail of the outlook of the smartphone. All in all, design wise this phone is a class of its own and can be easily certified as one of the best smartphones in its price range. 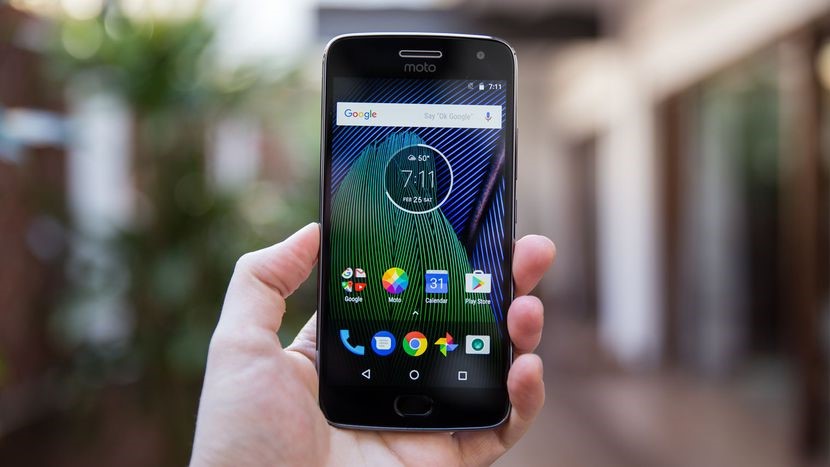 Of course, the sleek and elegant build of the phone comes at a price and it was paid by the internal specifications. Although the phone does not compromise with quality -to be brutally honest- the features and specifications leave quite a lot to be desired. The phone has a 1.4GHz octa-core processing unit, a 450MHz Adreno 505 graphics chip and is powered by the Snapdragon 430 processor, which is a leap down from the Snapdragon 617 used in the Moto G4, which packs more power inside and gives a smoother browsing experience. The phone offers both 2GB and 3GB RAM versions, and with a price difference of about $13, the 3GB RAM version is recommended, naturally.

The benchmark that the G5 sets against budget phones is quite disappointing, scoring lower than G4, Lenovo P2 or Galaxy A3, and of course, the G5 plus, along with almost all the best smartphones inside a similar price range. The loss of power from switching to Snapdragon 430 cost the phone, despite having better graphics unit and RAM than the G4. In hindsight, it certainly seems like the producers invested a tad bit more for design and came up short in the internal specifications. That being said, however, the G5 does not show signs of being slow or lagging undergoing regular everyday usage including some video streaming and light gaming. Despite its lower benchmark, the phone holds its own when it matters.

The internal storage of the phone is an unimpressive 16GB, a far cry from the massive internal spaces offered by the best smartphones in the market, but it supports up to 128GB MicroSD card which should be more than enough for most practical purposes and to compensate for its internal storage. While the 5-inch display is pretty typical for budget phones like this, the moto G5 additionally boasts vibrant IPS colors with a resolution of 1080p x 1920p and 441ppi density, but missing out on the reassuring protection of a Gorilla Glass screen. The bottom of the front face of the phone dons a fingerprint sensor that works as a proxy for usual buttons present in android devices which can be used for some sleek swipe options.

The back camera of the Moto G5 is 13 Megapixels with remarkably fast phase detection autofocus and a bright LED flash. The picture quality is sharp, clear and adaptable in various lighting arrangement. It is no DSLR, but it can appease the photographer inside you to a certain extent quite comfortably. The front camera of 5 Megapixels also allows you to take some charming selfies!

The 2800mAh removable battery can take you through the day with relative ease even with quite a heavy usage of camera and internet services, although you might want to charge the phone every day if you want to get a lot out of it every day. Speaking of charging, the phone comes with a 10W rapid charger, that will give you a precious few hours of battery life for a 15 minutes charging session if the battery is low. If you are a power junkie gobbling through your charge within hours, you will be happy to know that the phone also supports TurboPower charging, for which you will get 6 hours of battery life for 15 minutes of charging, although you need to buy the charger separately. The removable battery has pleased a lot of users but the placement of the two Nano-SIMs and the MicroSD card beneath the battery has been equally disliked by many as you have to turn off the phone to switch SIM or MicroSD cards.

Like most other smartphones in the market, the Moto G5 also supports 4G VoLTE network, Bluetooth 4.2, Wi-Fi a/b/g/n, A-GPS and FM radio. And unlike apple’s new phones, there is room for everyone’s favourite 3.5mm jack for headphones. The phone also has a reduced number of openings since the earpiece itself can act as the loudspeaker for the phone. 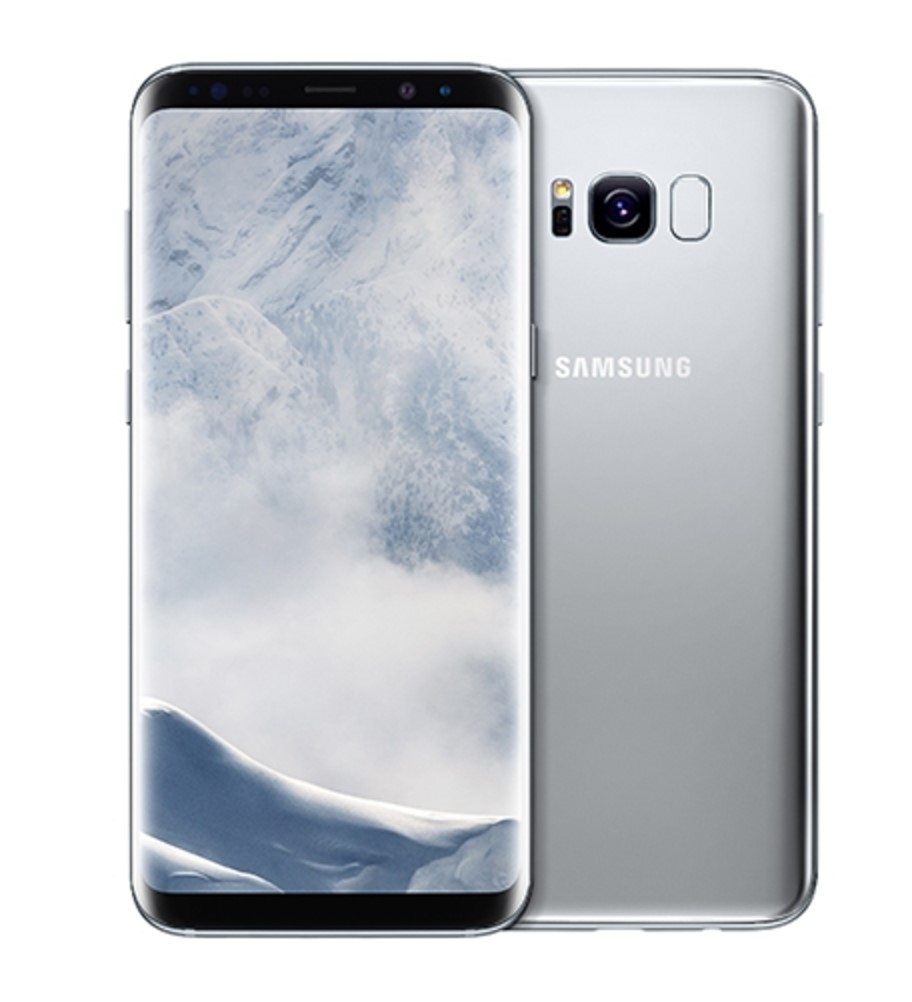 The operating system on the device is the Android 7.0 Noughat, similar to that in some of the best smartphones out there. Motorola added quite a few features (or Moto Experiences, as they like to call it), some of which may appear familiar to previous users of Motorola and some are totally fresh from the oven, in a manner of speaking. These options, dubbed “Moto Actions”, are optional and can be deactivated or activated at will.

A degradation in the processor does not mean that Motorola has totally forsaken performance with the new Moto G5. In fact, Multitasking in Moto G5 is quite a delight and doesn’t give you any troubles worth mentioning. Gaming, streaming and running through social media apps are quite smooth and quick to open. The touchpad sensor is very satisfactory and responds quite fast. As a user, though, you will wish that the phone had a 32GB internal storage version as well, like the best smartphones in market, as out of the 16GB, around 10GB will be available for your own use and that does not take a lot to fill up with heavier apps flooding the stores high quality music and videos and heavier apps flooding the app stores.

However, some users noticed that the phone has some heating issues when heavy graphic games are played for a significant stretch of time and also during GPS tracking. However, it’s nothing major to worry about since this might be due to the metal body and the partially waterproof coating and as of today, no Moto G5 has been known to go on the galaxy note 7’s blast mode. It is noted that that the G5 plus also tends to warm up on the surface when using the GPS tracker.

Sunlight legibility is excellent and images and texts appear quite sharp in the sunlight. The default color setting is set in Vibrant Mode, which can be changed if you want less saturation in your display. Although the phone is loud enough for using in public, do not expect high quality stereo in loudspeaker as the sound tends to get slightly distorted in loudspeaker when the volume is high. The Headphones

provided with the phone is quite basic and could be much better in many users’ opinion. Replacing them for a better sound quality is recommended.

The G5 is a great budget phone and may be one of the best smartphones in its price range, but if you are willing to spend a few bucks more to get the G5 Plus, you may be happier in the long run. The Moto G5 Plus is a great phone with. The G5 Plus comes in versions of 16GB, 32GB or 64GB storage and either 2GB or 4GB worth of RAM; so if you are not satisfied with the storage or processing speed of the G5, you may be impressed with that of the G5 Plus. The G5 Plus rocks a 3000mAh battery which is proven to have a longer battery life as compared to the G5. As the name suggests, the display is also slightly larger (5.2-inch as opposed to the 5.0-inch screen of the G5); the display also features Gorilla Glass 3, something that’s missing in G5. While all these may just seem like slight upgrades of the previous version, the Moto G5 Plus also features a 2.0GHz snapdragon 625 processor which shoots it’s level of performance upwards.

All in all, the G5 is quite a nice budget phone that you could use every day without much problems and with the additional bonus of looking magnificent and not compromising significantly in any sector other than the internal storage. If you want to get your money’s worth in your smartphone, this phone is definitely recommended.