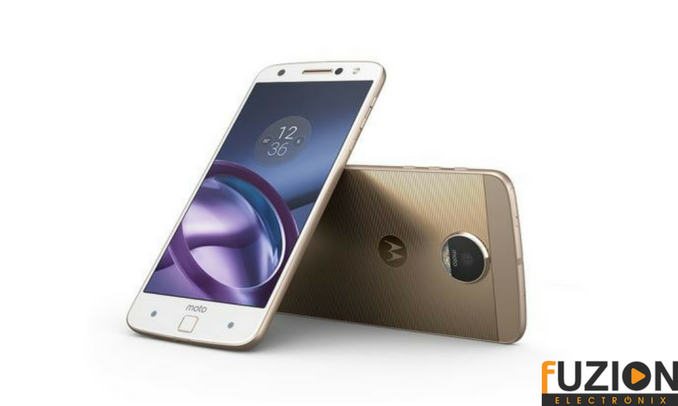 Unveiled as the most technologically advanced Motorola phone till date, the Moto Z2 Force is a super slick full metal body phone that’s creating some wild speculations in the smartphone market. While Motorola had a very bad end phase with its previous ownership, under Lenovo, the company has been making slow but significant improvements, a sight of which was seen with the release of Moto Z Play which came out in the market last year. Additionally, you can strongly argue that the Moto E4 and G5 Plus, although not as ostentatious as the high-end smartphones in the market at the moment, are pretty high quality phones when judging from their price range. Under these circumstances, the smartphone market was widely speculative about the release of the Moto Z Force 2nd Generation. The release; however, was accompanied by mixed reviews from the smartphone community and while some loved it, others did not. So without further ado, let’s dive into this phone and look into every nook and cranny!

If you have used the first generation of the Moto Z Force phones, you may be a bit upset with the overall design and shape of the Z2 since it has remained consistent with the first generation, which is primarily because the company wanted to ensure the compatibility of the phones with the Moto Mods. The only notable distinction that the second generation phone has with its predecessor is its rear panel which has a hairline finish and an outlook that’s a tad bit more attractive compared to its predecessor. 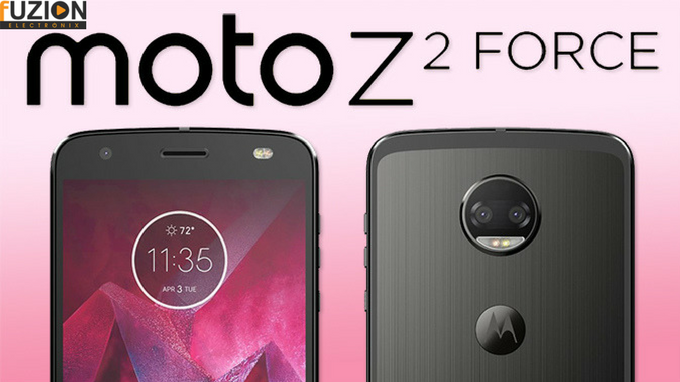 The Z2 force’s release into the market was accompanied by the release of a few more, cool Moto Mod accessories which include a brand new gamepad which adds physical controls and buttons to enhance your mobile gaming experience and take it up a notch. Additionally, Motorola also released a new 360 degree camera which is attachable to the top panel of the phone. These Moto Mods are designed to fit into all Moto Z devices, old and upcoming.

The Moto Z2 features a 5.5-inch AMOLED display that’s capable of resolution outputs of 2560x1440 with a pixel density of 535ppi. The display looks fantastic while watching movies, playing games or surfing the web but if you have a habit of reading stuff on your phone, it may become tough to read under direct sunlight. In today’s smartphone market, where more and more companies are competing to put up end-to-end displays, the Moto Z2’s display is surrounded by thick bezels from all sides. The display, hence, might not be much too look at or might not add to the overall good looks of the phone, but what’s exceptional about this display is its Shattershield technology which has enabled Motorola to guarantee that the display is completely shatterproof and uncrack-able.

The screen is protected by a “lens” as Motorola likes to call it, of plastic which makes it resistant to shatter; however, it does make it more prone to scratches and nicks and while it won’t really bother you while the lights and display are on, you will notice every one of them when it’s off. A shatterproof display sounds great, but even it has its downside, which is that users will no longer be able to replace the screen should anything happen to it.

In terms of performance, the Z2 Force does not add anything new to the 2017 smartphone spectrum, like most other phones in the market, it is run by the Qualcomm Snapdragon 835 along with an Adreno 540 GPU and four gigabytes of RAM. All this comes together to offer a seamless browsing experience to its users; it is fluid and responsive with very fast app load times, and smooth scrolling experience. Motorola provides a close to stock experience with close to no in-built apps which couples together with the hardware to provide the fast browsing experience.

If you have a knack for Multitasking, you too will find the Motorola Z2 force to be irresistible with its amazing multitasking experience.

The hardware setting of the Moto Z2 is exceptionally good, but one of the major drawbacks is the fact that the phone only comes with a 64GB internal storage option which is extendable upto 2TB with Micro SD. The phone is covered with a water-repellant Nano coating which goes onto make the phone resistant to the occasional splash but does not do much good underwater or in immersive situations. So while most latest smartphones in the market can go underwater without trouble and might even be dust-proof- the Moto Z2 is none of that. 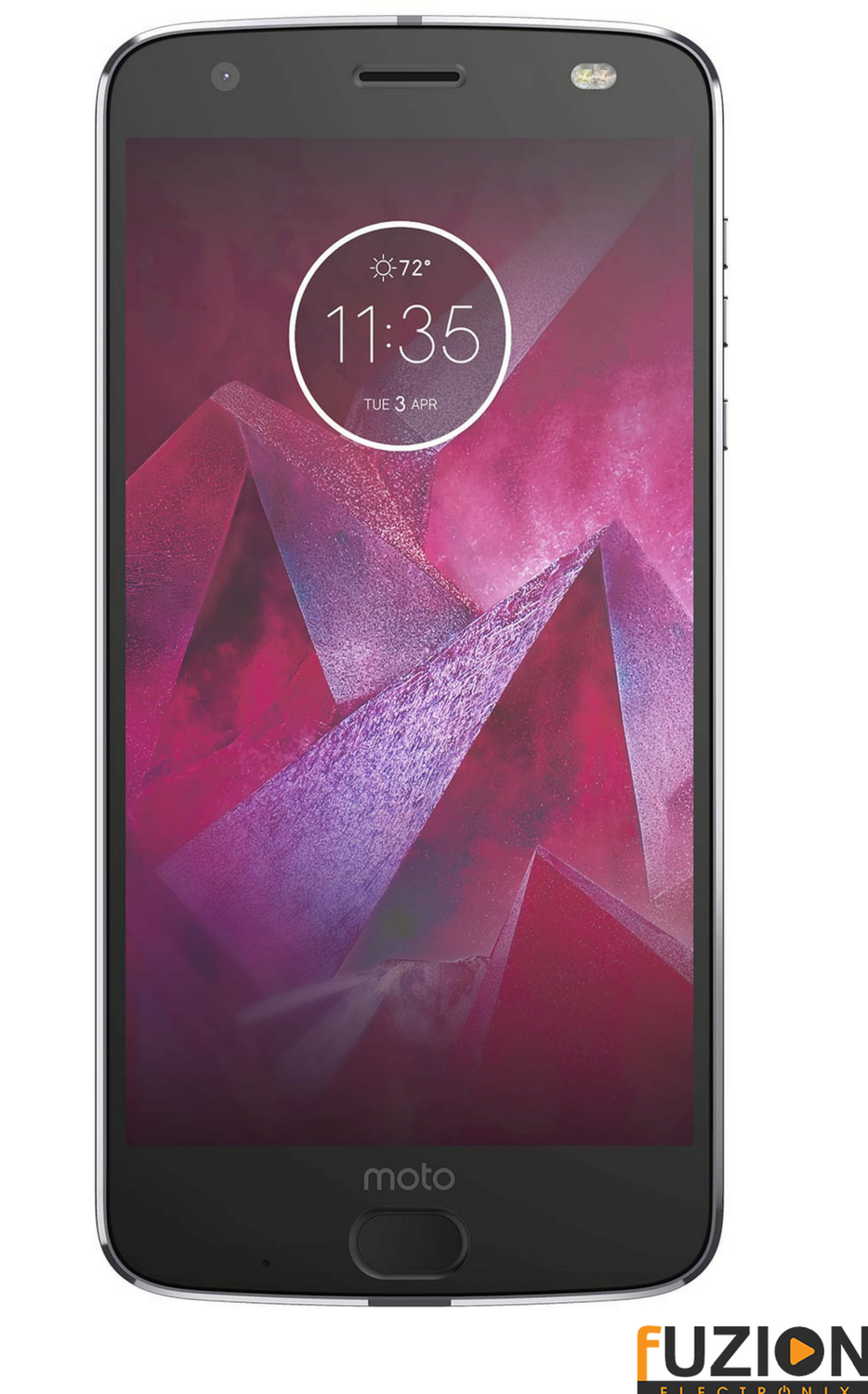 Coming to the audio, well the Z2 comes with a single speaker which is embedded within the ear piece of the phone. Don’t be disappointed with a single speaker though because the audio quality is really good and you can listen to maximum volume without distortion. The phone does not come with a 3.5mm jack which some people might find a bit annoying; however, there is a USB type C adapter to 3.5mm jack with the speaker that comes with the box will solve any headphone related problems that you may have, but if you lose or damage it, best of luck!

Motorola has a thing for placing their fingerprint sensors at the bottom of their cell phone, on the bottom chin. The sensor works well both in terms of accuracy and speed; moreover, you can also use it to put the phone to sleep. In terms of battery, the Z2 features a 2,730mAh battery which is a surprising 22% decrease over the 3,50mAh battery of its predecessor.

Dual cameras are pretty much the norm of smartphones nowadays and Motorola has only recently joined the club. The Z2 Force features two 12megapixel cameras with PDAF and f/2.0 aperture that combines to take literally mindblowing shots. Out of the two lenses, one of it shoots monochrome while the other shoots our standard RGB. The second sensor can also be leveraged to add new depth effect or portrait mode to ensure blurred background effects similar to the ones seen in iPhone 7Plus, One Plus 5 and Huawei P10.

Overall color reproduction is very nice and on point, with just a tad bit of saturation, you can make the photos make look really good. When it comes to shooting lifelike videos, the Z2 force can set standards in the cellphone community, the Z2 force can record up to 4K at 30fps and 1080p slow motion video at 120fps. The front facing camera is 5Megapixel at f/2.2 along with a front LED flash. The flash is great for illuminating your face when it is dark

without being too harsh.

The basic version of the phone will cost you around $750.