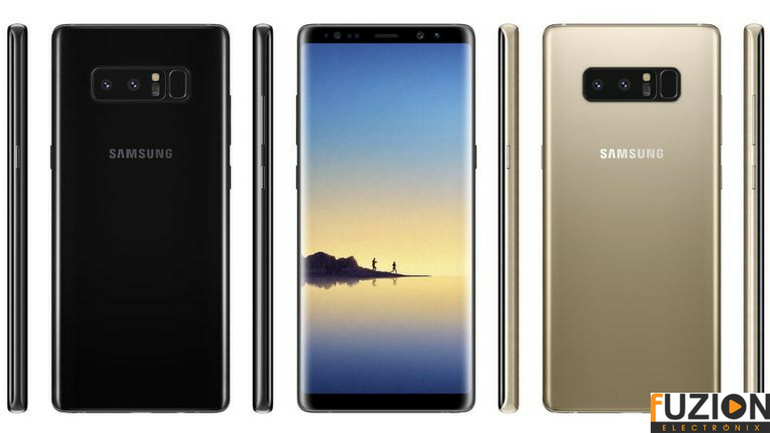 Months before the release of the Samsung Galaxy Note 8, we wrote to you about what to expect and what not, so after the phone was released, we knew that we had to get all “handsy” with the new phone and so we did. We used the phone for about a week, marked all its details and took into account all its pros and cons. Before we jump into the review; however, you need to get a sneak peak into the back story of this phone.

After the explosive downfall of the Galaxy Note 7, the smartphone giant Samsung garnered a lot of hate from the cell-phone industry, sales plummeted, lawsuits were filed, and it became one of the first phones ever to be banned from air travel. Although the troubles weren’t enough to put a dent in the longstanding reputation of the smartphone giant, most people still predicted that this was going to be the end of the Note series. Surprisingly, the company announced another member of the Note series to come out the following year, which is this year, 2017.

The company claims that the Galaxy Note 8 will sell much better than the Galaxy Note 5 which was the previous top-seller amongst all the Note phones that Samsung has released till date. Predicted sales exceed 11 million units. Which seems great but it also means that in a competitive market with Nokia 8, Pixel 2, Essential Phone, iPhone 7s and the new iPhone 8 which is predicted to come out by the end of this year, Samsung will have to ensure that their marketing is on point as well as the product itself, otherwise, It may just be goodbye for the Note series once and for all.

In our initial article regarding the Galaxy Note 8, we told you to expect curved edges and sure enough, that’s what Samsung has pulled off. The note 8 consists of the whole curved-edge Super AMOLED display with a QHD+ resolution which literally multiplies viewing experiences. The contrast is vivid. The brightness is punchy, the use of colors are rich, watching anything on this phone is a pleasure. We also talked about an infinity display and Samsung has added that feature as well, the Galaxy Note 8 has a 6.4 in, 18.5:9 ratio edge to edge display with no home key or any other controls and a very thin bezel. This is the first ever note phone that gives you almost the whole front face for you to doodle and scribble with your stylus. Both the Note 8 itself and the S-Pen are IP68 water and dust resistant. 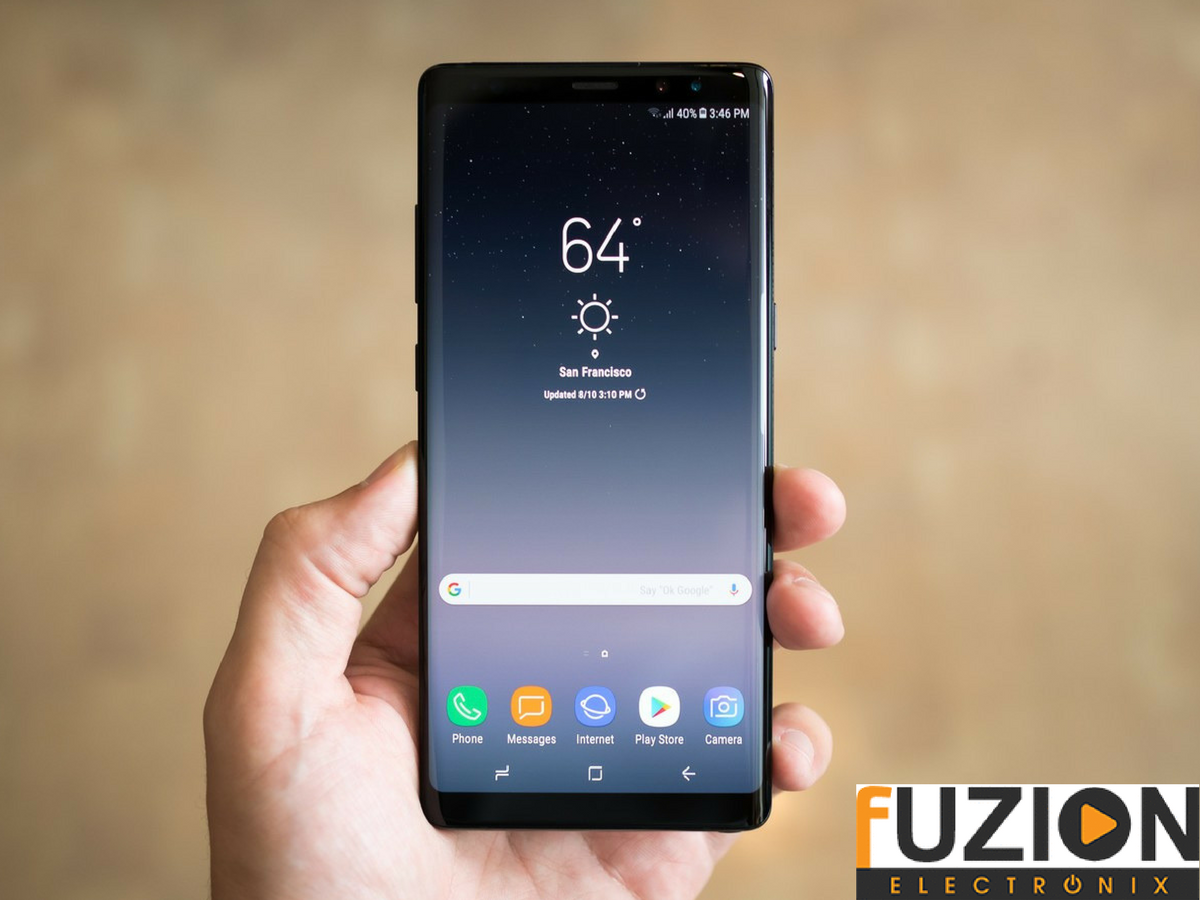 Coming to the positioning of the Fingerprint sensor, a point of major debate. So Samsung has stuck to its stance of putting the Fingerprint scanner on the back next to the camera. Samsung has already done it with the Samsung Galaxy S8 before and reviewers have said it to be an absolute no-no because it makes the sensor hard to reach, but Samsung has stuck with its decisions. So, is it still annoying? Yes! But what’s good here is that unlike the S8, the scanner in the Note 8 is easier to touch and when you hold a note 8, the finger actually falls naturally on to the scanner but is it comfortable? No, not entirely.

So in our previous article regarding what to expect from the Galaxy Note 8, we talked about stunning dual rear cameras and sure enough, Samsung has implemented that here as well! The company has a habit of making highly intuitive Camera UIs and sure enough, they have pulled it off here as well! The note 8’s camera is a feature that will be enjoyed by the impulsive selfie-taker to the pro-level phone photographer, it’s simple and easy while being highly precise. The cameras pack an immense punch with 12MP dual pixel sensors with one less being a 2x Optical zoom at f/2.4 aperture. 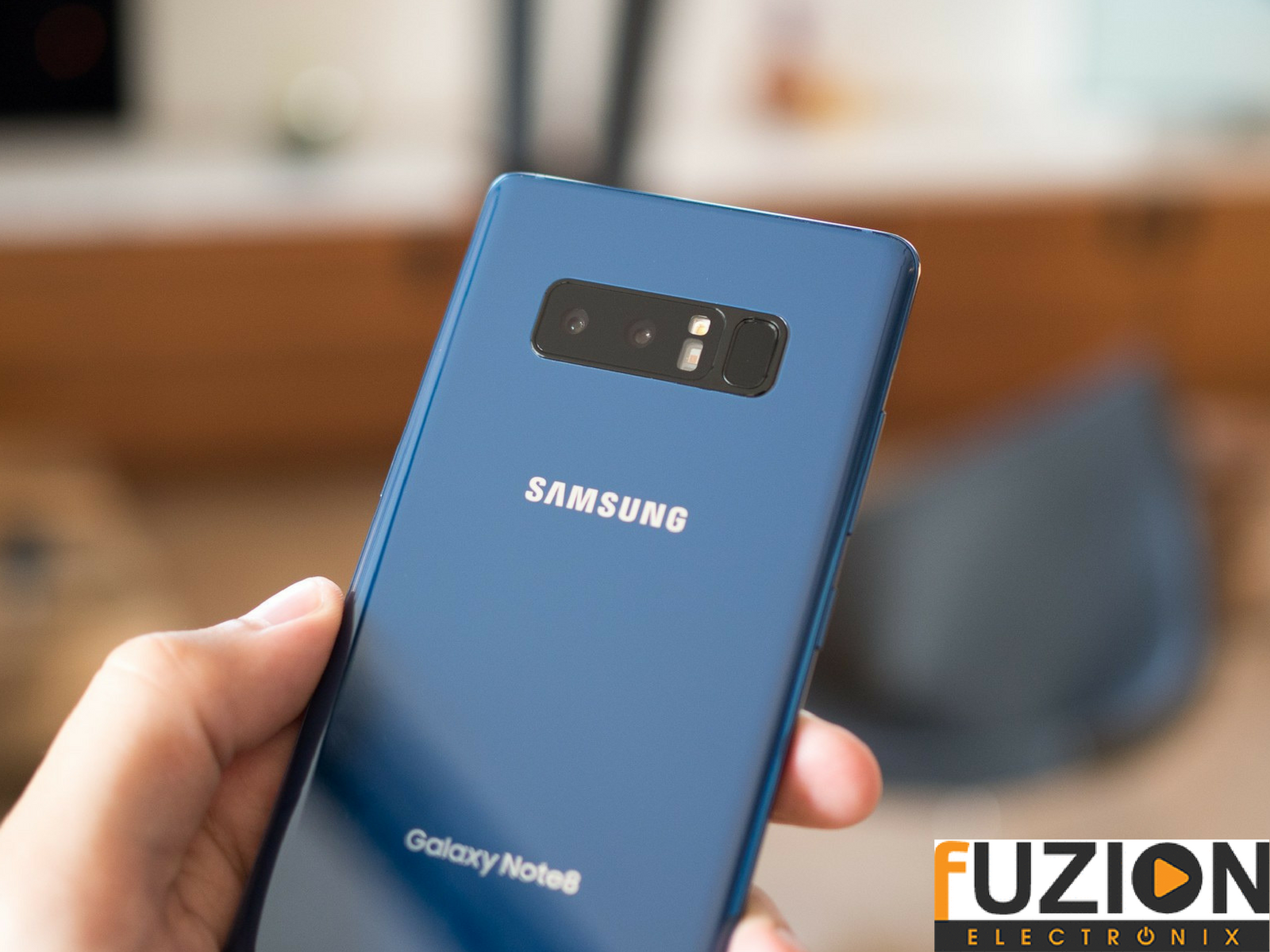 These mindblowing cameras can achieve 10x digital zoom while ensuring that there are no losses in quality. The front camera boasts 8MP with features to record 2K videos.

Like we predicted, the Samsung Note 8 is only going to consist of top of the line components. Thereby, the processor is either a 64-bit octa-core (2.35GHz Quad+1.9GHz Quad) Qualcomm Snapdragon 835 or a 64-bit octa-core (2.3GHz Quad+1.7 GHz Quad) Samsung Exynos 8895 with a 6GB RAM, the combination resulting Into an incredibly fast phone with immense processing power. This is the first ever time that Samsung has gone past the usage of 4GB RAMs. The phone is released in versions of 64/128/256GB and can be expanded up to 256 GB through a MicroSD card. The GPU is an Adreno 540 with the Snapdragon or the ARM Mali-G71 fitted to the Exynos chipset, both of which are top of the line GPUs that allows you to play the most demanding games without lagging. The note 8 comes with a 3,300mAh non-removable battery with fast charging capacities; however, being honest, the battery life isn’t great when compared to a few other high-end phones that we have reviewed recently, but it still puts out a decent performance.

The handset has a very fast and responsive navigation with incredible processing powers so even the most power consuming apps can be used seamlessly. The version of Android used is the 7.1.1 Nougat.

Coming to the accessories, the S Pen that comes with the Note 8 is probably Samsung’s most advanced S Pen yet, you can create an animated GIF from your doodles, translate whole paragraphs using single swipes and the best part, the new S Pen actually feels very close to writing with a pen on paper when it is used. 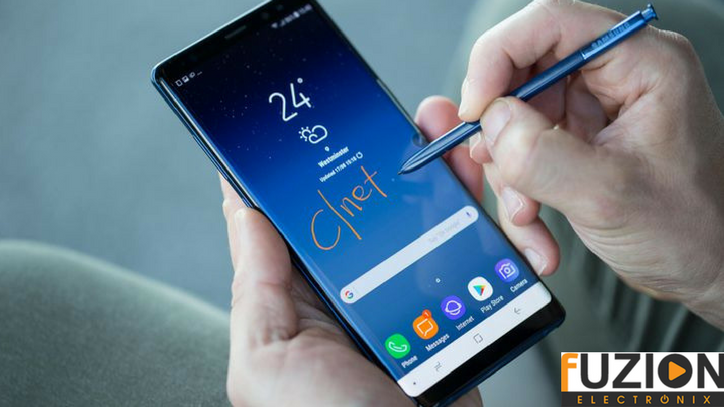