Essential as a company aims to become the first great gadget maker since Apple and with its first launch, it’s already showing signs of becoming the next big-shot in tech.

Android creator Andy Rubin’s new company, Essential has launched their first ever smartphone after months of rumors. It’s called the Essential PH-1 which is a simplistic abbreviation for Essential Phone-1; the phone as the name suggests looks simple on the first look, but when you look into the details, you get to see mind blowing details that might just entice you to buy this phone. Adorning a top-of-the-line sophisticated design that gives it a very sleek look, the Ceramic and Titanium build makes it look as powerful as its hardware. 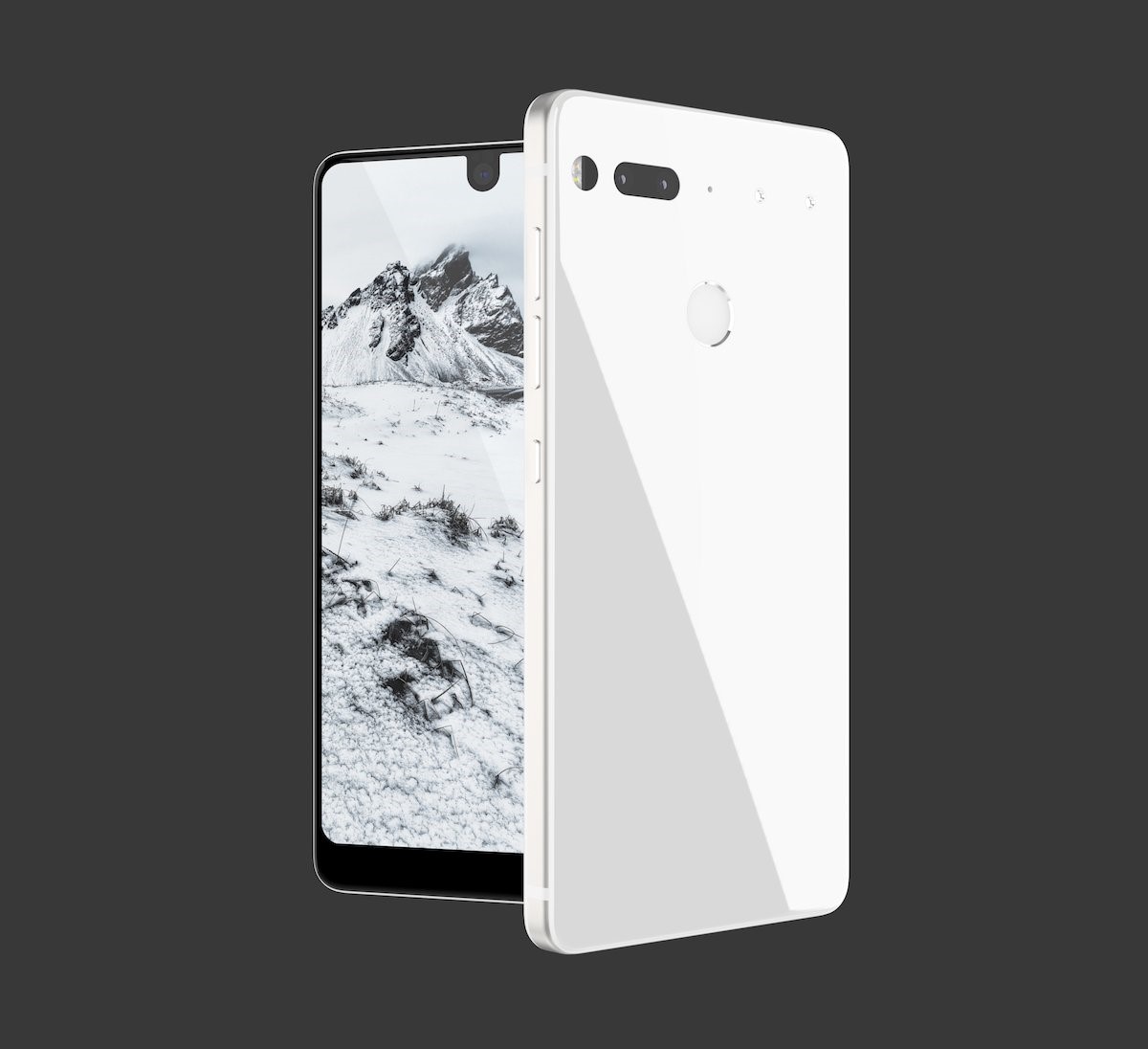 The founder of Essential, Andy Rubin, is often perceived to be the father of Android and he says that it’s a phone for everyone, Andy buys every phone and they cover every inch of his office space but none of them could satisfy him completely. "It could be something as simple as bad battery life, or a user interface that was unusable, or a bunch of fluff and bloatware that I didn't need."- Andy’s statement about the phones that he buys also point towards the initial thought process that went behind making this phone. The Essential PH-1 is as Rubin puts it is the perfect phone, it’s the phone that he always wanted.

The Design and The Build

The Essential phone-1 boasts a simple yet powerful design that might just become the trend for future phones. While most phones in the market have an Aluminum or plastic body to show, the Essential Phone-1 sets its statement with a mix-build of Titanium and Ceramic. The company claims Titanium as an element is bend and scratch proof which is something that Aluminum cannot hold up to. The whole backside of the phone is bolstered with ceramic which makes it look robust and impact-resistant, the only drawback, however, is the fact that it makes the phone heavier.

The phone has a sleek look, round edges, the back has its resemblance to the iPhone 7+ without the camera bump- which is probably the best part and also no daunting logos where a fruit has been disrespected, the front features an end-to-end display that covers almost all of the phone’s front side- there are borders but they are extremely narrow. Initially, the phone has been released in two colors, namely- Black Moon and Pure White- two other colors which have been announced but haven’t hit the market yet are Stellar Grey and Ocean Depths. 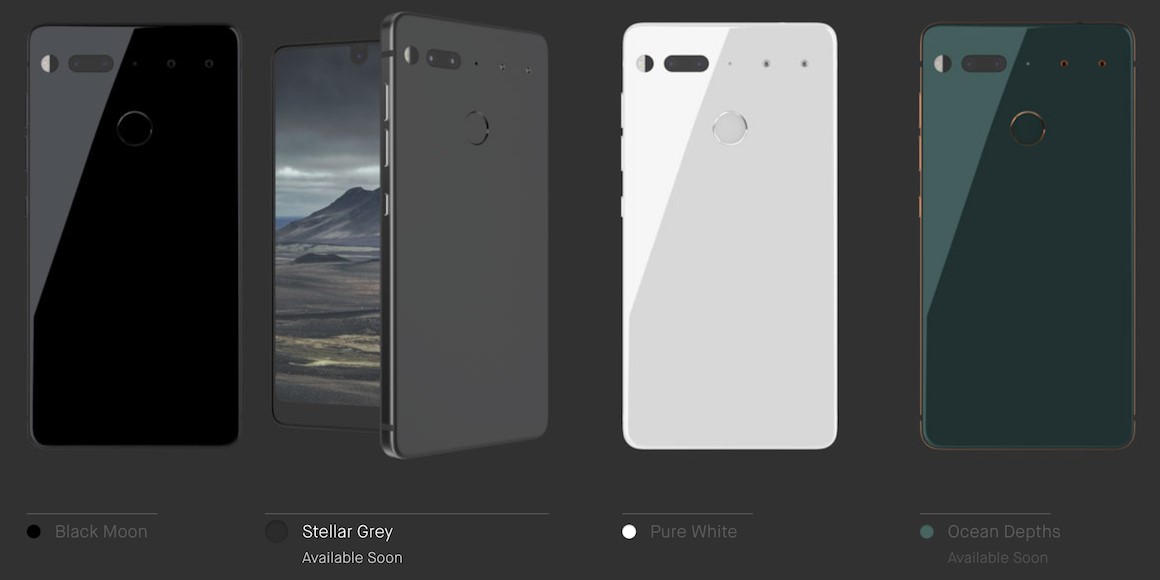 The screen is 5.71 inch in size which is much larger than an IPhone 6/7+ both of which feature screen sizes of 5.5 inches (However, it’s smaller than Samsung S8 plus) so if you have a thing for large screens, this phone may peak your interests. The screen is enhanced with a multi-touch feature of up to 10 fingers and displays at a resolution of 1312*256 0pixels, it’s protected with Corning Gorilla Glass 5. The screen of the PH-1 is quad-HD which means it’s four times 720p making the image quality immensely sharp. Considering that the iPhone 7 and 7 Plus churn out images at screen resolutions of 1080P, this means that the Essential phone can churn out images which are at least three times better than that of the iPhone 7 and 7 Plus. The aspect ratio, however, can need some getting used to, with an unusual aspect ratio of 19:10, the screen of the essential phone is taller than the screens on most other phones in the market which have screens with 16:9 aspect ratio.

The Essential Phone 1 features the latest and powerful 1.9GHz Qualcomm MSM8998 Snapdragon 835 with an Octa-core processing unit, 4GB of RAM / and an Adreno 540GPU; all of these combine to make up a pristine browsing experience whenever you are using the phone, it doesn’t lag, it doesn’t take long to boot an app, it’s as agile as a phone can be and very powerful when it comes to churning out performance! Additionally, the phone does not have a ton of third-party software or apps to lag it down. A great screen is often pointless without great storage cause if you can’t watch movies or high-quality videos off it, what’s the use? The Essential PH-1 comes with a non-extendable storage of 128GB.

The charging port is a USB-C which has become the trend for almost all Android phones launched in recent times. Now, this might outrage you, but well, it’s the current trend- the Essential PH-1 does not have a 3.5mm headphone jack but it will come with an adapter which will allow you to connect older wired headphones to its USB-C port. The battery has 3,040mAh worth of juice and unlike a lot of Android phones, it’s non-removable. The company claims that the phone has the fastest available technology for fingerprint scanners and sensors on the market. Due to its narrow bezel, the phone’s fingerprint scanner was put on the back side of the phone.

The Essential phone features a dual-camera system and they have actually done a pretty good job on it. While one of the cameras views the world around in full color, the other, which is a monochrome camera views the world in black and white. Together, both these cameras combine to capture high quality low-light photos. The front-faced camera is 8MP and it’s amazing for taking great photos. If you are a photographer- the camera combined with the screen will make you want to buy this phone and if you are the type who likes to shoot videos, you will be delighted to know that the Essential PH-1 can shoot at 4K resolution at 30-frames per second (fps), in 1080p at 60fps and 720p at 120fps. 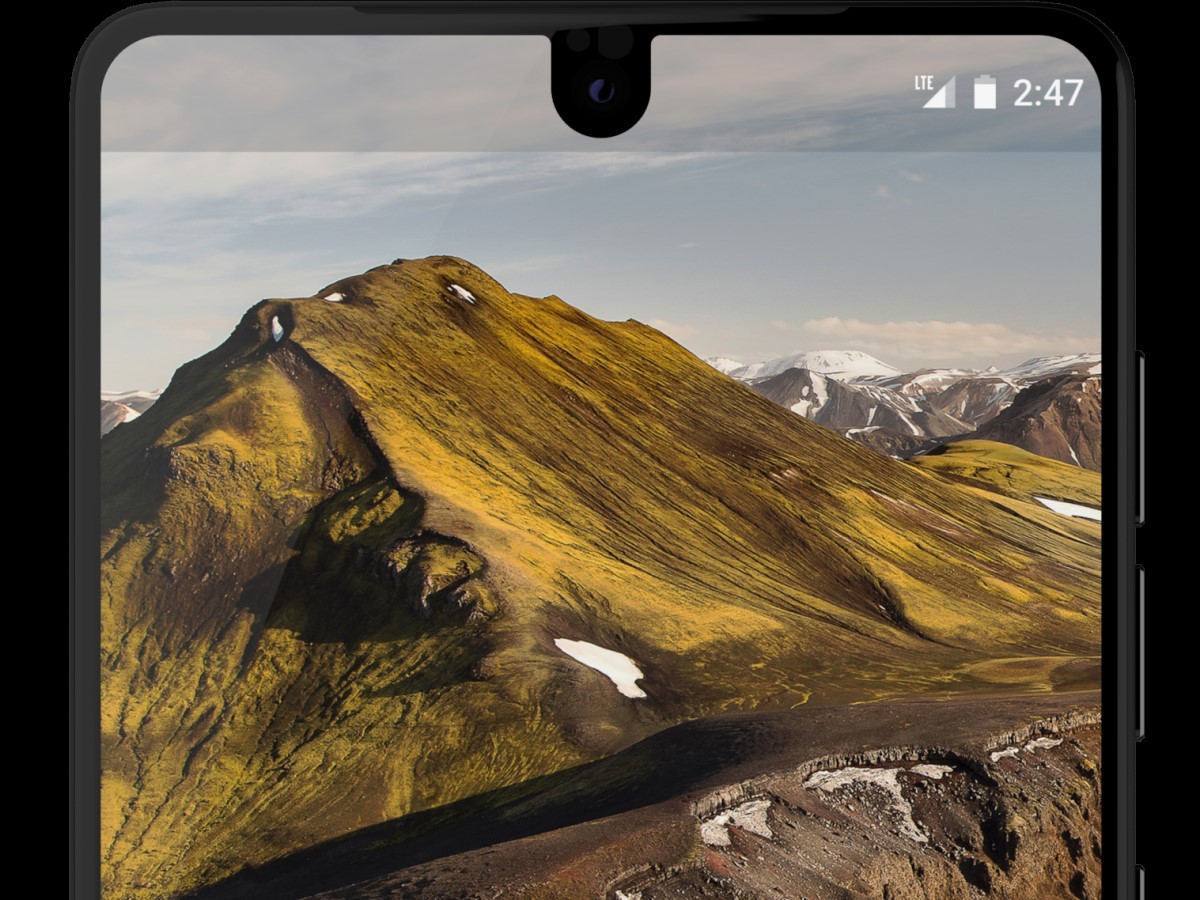 Essential as a company understands that Android phones with great hardware are now a dime a dozen in the market. Thereby, the company focused on building a diversified network of integrated accessories with the phone. There are two magnetic connectors at the back of the phone which will allow you to latch accessories onto the phone with ease. The connectors has been dubbed as future-proof which means that all future accessories released by the company can be attachable to the phone. Rubin says that Essential as a company will always release accessories that are usable with all their phones so that buyers of old phones can still use their accessories with their new phones. 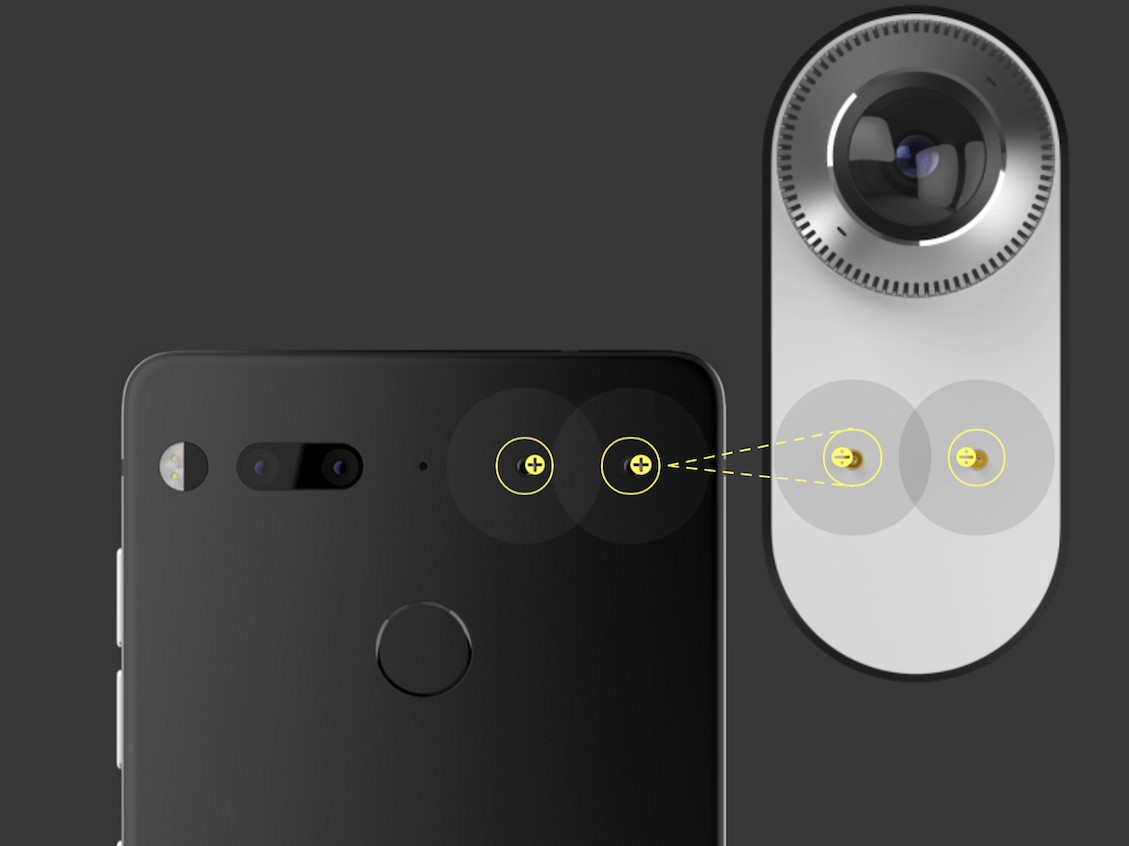 For now, Essential will ship a 360degree camera with the phone which is attachable to the magnetic nodes on the back of the phone. It’s small and handy- one of the smallest 360-degree cameras in the market. A wireless charging dock will also be included in the packaging.

In the US market, you can own an Essential PH-1 for $750 along with the 360 degree camera which may be a good price to pay if you compare it to its competitors. The 128GB iPhone 7 costs the same while the 7Plus costs way more and it matches the price of the new Samsung Galaxy S8 as well while it’s about $100 cheaper than the S8 Plus.