One of the first thing you will notice about the iPhone X is the captivating display screen. The iPhone X has a 5.8 inch OLED or organic light-emitting diode display. The screen will make you realize that it is the best display screen compared to any and all previous iPhones including 8 and 8+. The screen has the incredible sharpness and great quality along with best color saturation. 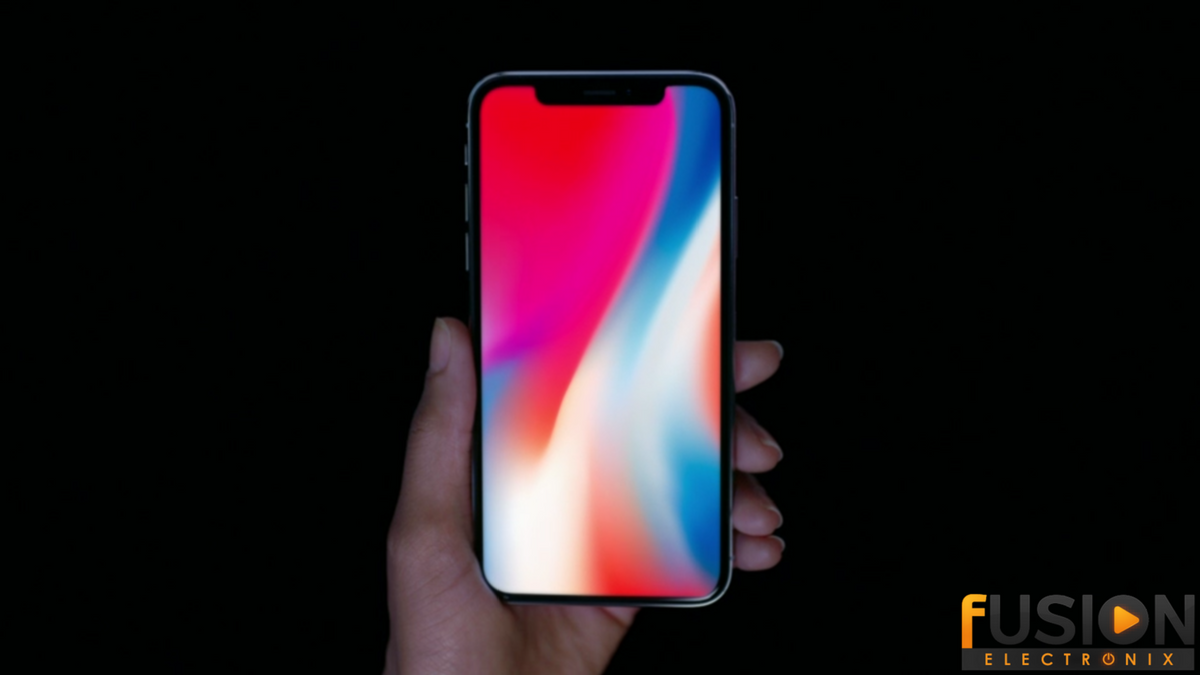 The Samsung Galaxy S8 consists of a 5.8-inch screen with a total ratio of 18.5:9 which to some extent is larger than most mobile phones. The display screen of Samsung Galaxy S8 is truly stunning and when through the testing procedure of DisplayMate. The screen has vivid colors with incredible color contrast and saturation. You can also enjoy watching Full High Definition video content.

The Samsung Galaxy Note 8 has a 6.3-inch panel of 2960 x 1440 pixels with Wide Quad High Definition resolution and 522 ppi. If you change the mode of the mobile phone to optimized power state, it will only render the applications and capture shots at only 2220 x 1080 pixels at FHD+ with 392 pixels per inch. The display screen is extremely good with about 1200 nits. It has an AMOLED display that provides you with vivid colors, white balance, and best color saturation.

This time Apple has introduced a complete glass design in both front and back of the mobile phone. It consists of a thin aluminum band that of aerospace- grade quality and matched with the color of the phone. The mobile phone is resistant to water and dust and along with that, the back glass part of the mobile phone enables wireless charging.

The Samsung Galaxy S8 is one of the best looking phones of the year 2017 with curved glass on both the back and front of the mobile phone. The front and back of the mobile phone also consist of a metal rim on its exterior part and it simply looks stunning. The side buttons are easy to use and Samsung has removed unnecessary keys in the Samsung Galaxy S8. It consists of only one power button on the left side, a volume rocker and a Bixby button that is situated just below the volume rocker. 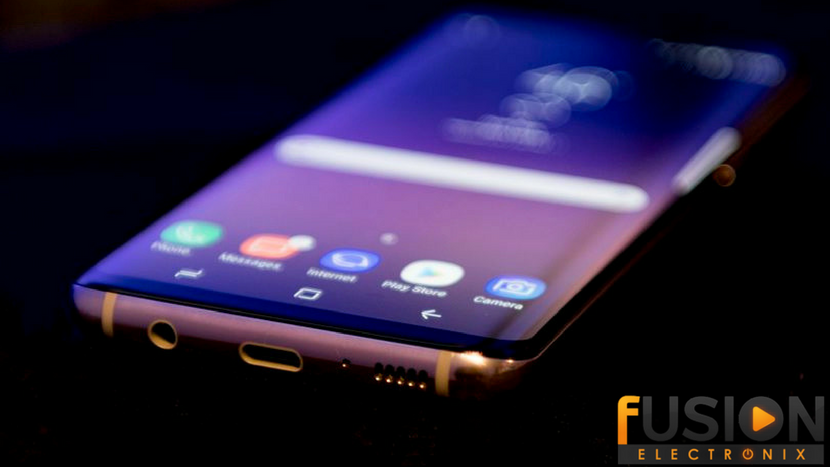 The Samsung Galaxy Note 8 consists of curved edges and has an Infinity Display with nearly no bezels which make it more of a like a mini tablet instead of mobile phones. The design is amazing and it is about 9mm more in height than its predecessor and weighs 195 g. The Samsung Galaxy Note 8 is known to have more than 80 per cent screen -to -body ratio. It is a great mobile phone with a 3K resolution and best features.

The iPhone X is known to have a dual 12 Mega Pixel camera where one of the cameras has specifications which include f/ 1.8 and 28mm and another one has specifications such as f/ 2.4 and 52mm. The camera has optical image stabilization feature along with phase detection. It has a 2x optical zoom with a quad LED dual-tone flash. The secondary camera is 7 Mega Pixel with f/ 2.2 and 32mm.

The Samsung Galaxy S8 comes with a 12 Mega Pixel camera with an aperture of f/ 1.7 and 26mm. It also consists of PDAF Technology that enables to increase the speed of focus when utilizing the planar image phase detection. The camera has optical image stabilization feature and LED Flash. The front camera of the Samsung Galaxy S8 is of 8 Mega Pixel with an aperture of f/ 1.7 and also consists of autofocus feature. 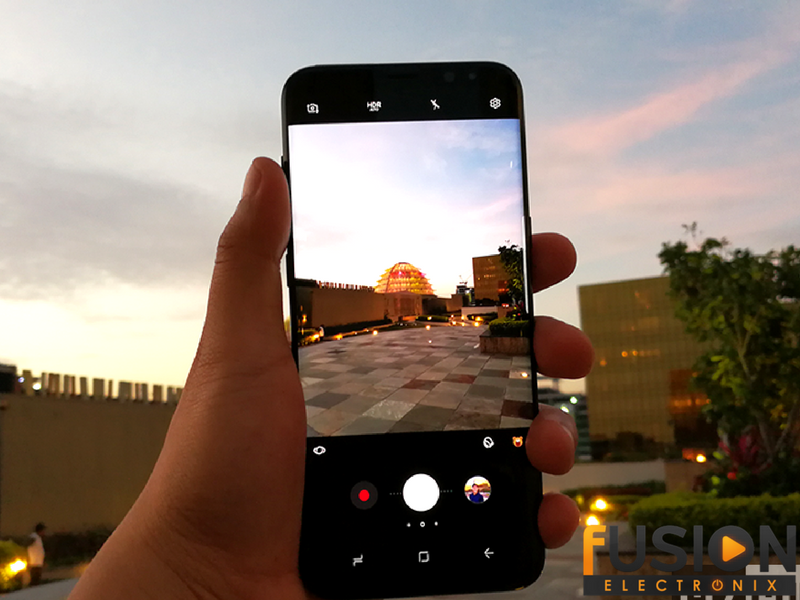 Apart from its amazing wireless charging feature, Apple has introduced a 2716 mAh which is slightly larger than the battery of iPhone 8 Plus. The iPhone X has a great battery life with over 12 hours of talk time. Also if you watch any video content in HDR or High Dynamic Range mode with a 100 per cent charge for about an hour, you will observe that the battery has decreased to only 70 per cent.

The Samsung Galaxy Note 8 comes with a 3300 mAh battery and you will not have to worry about any kind of explosion, unlike its predecessor. Samsung has decided to be strict in terms of battery for the mobile phones that were released this year. Compared to other Android mobile phones, the Samsung Galaxy Note 8 is known to have a decent battery life.

Apple has introduced some new features and applications that will take some time to get used to it. Some of the new changes include when you swipe up on the screen instead of taking you to the Control Center, it operates as the home button. You may also go through some difficulty if you are using the mobile phone in Landscape mode. While the new changes are great, but it will take few days before you get the gist of it.

For those who live in the United States, they will receive the Samsung Galaxy S8 with Qualcomm Snapdragon 835 while those who live in Asia and Europe, they will receive the mobile phone with Exynos 8895 chipset. Both the versions consist of fast CPU with incredible performance. The CPU is built with a 10nm production process. Also, both the version of mobile phones has 64 GB of internal storage and an external storage for more than 256 GB.

With its stunning design and incredible display screen, the Samsung Galaxy Note 8 provides the best performance. The mobile phone is known to have an internal storage of 6 GB and supports an external storage of more than 256 GB. Also one of the best features of the Samsung Galaxy Note 8 is the S pen that enables you to write, draw, sketch etc. The S pen has provides about more than 4000 pressure points on the screen. Also, if you pull out the S pen, it will turn on the screen. 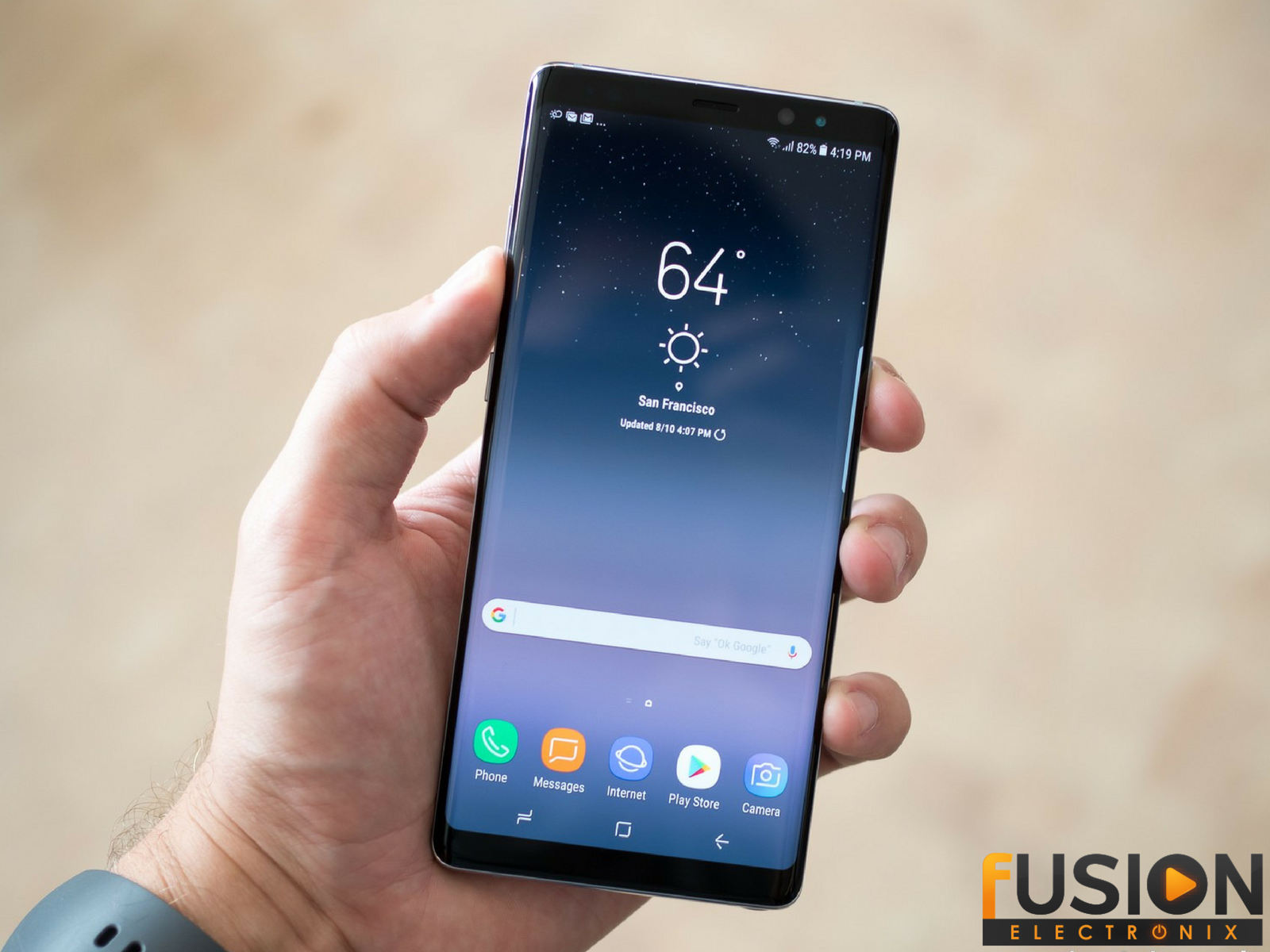 Apple has introduced two new features that have become instantly popular – Face ID and Animoji. The Face ID is the facial recognition technology that enables you to unlock your mobile phone with your face. Also, the animoji is really fun where you can take on any avatars such as cat, an alien, unicorn etc.

On the other hand, the Samsung Galaxy S8 has introduced the Touchwiz UI, making the phone a lot more fun to touch and use. This new interface is amazing and it operates on Android Nougat. On the Geekbench tests, the mobile phone has scored about 2000 on a single core and around 6500 on multicore.

The Samsung Galaxy Note 8 also runs on Android Nougat 7.0 and can be updated to Android Oreo 8.0 in early 2018. It has amazing applications such as App Pairing that enables you to use two apps at one time.