The Nokia 8 is the first flagship model from Nokia since HMD Global, the current licensee of the Nokia brand name, took over the name. The phone was announced in August of 2017 and people have been excited for it ever since.

The Nokia 8 has a 5.3 inch IPS LCD capacitive touchscreen that packs a quad-HD resolution of 2,560 x 1,440 leading to a pixel density of 554ppi. The screen is protected by a sheet of Corning Gorilla Glass 5. The screen-to-body ratio is 69.4% which does not only lack the edge-to-edge display aspect most on demand smartphones have these days, but is actually miles away from it. Moreover, it also lacks the amazing HDR technology of higher priced phones but it is a decent screen nonetheless. It excels in the area of brightness with a maximum brightness of 663cd/m2. Even on the sunniest of days, you will be able to use the Nokia 8 comfortably without the need for squinting your eyes to look better. The screen also has amazing color accuracy with an RGB color gamut coverage of 98.5% that beats even the top-end phones of today. Add the fact that it is a 2k screen and has an average delta E of 3.28 points meaning you will enjoy perfect visuals whether you are streaming YouTube videos or watching Netflix shows.

The Nokia 8 has stunning looks taking inspiration from previous Lumia phones. Although Nokia as a brand has had their ups and downs in the past regarding their design but considering all aspects, the Nokia 8 should be considered as a big ‘up’. The phone is quite slim with a thickness of just 7.3mm giving it a sleek feeling when you hold it within the palm of your hands. With a body made out of aluminum not only does the Nokia 8 look like a stunner, it feels like one too. The curved edges of the body help the user to wrap their palm around the phone in such a manner that they do not need to readjust to use the fingerprint sensor. To be honest, while I was using the Nokia 8 to write this review, the thing I loved the most about it was how good it felt to hold this phone. 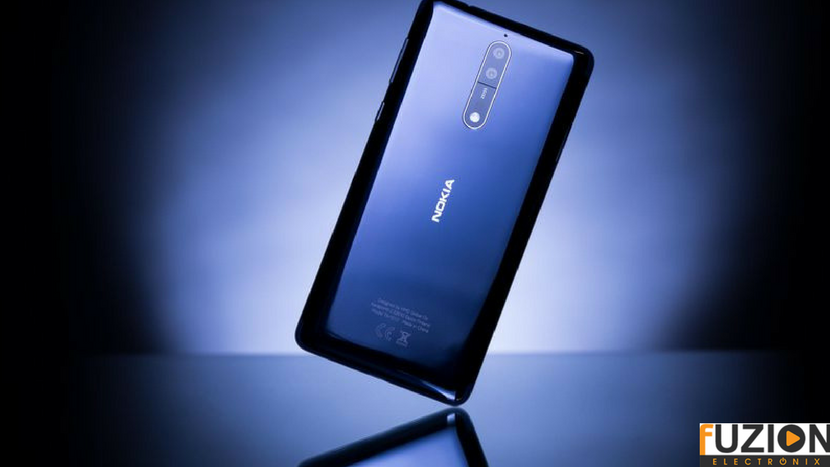 The cameras on the Nokia 8 are what set it apart from its competitors. Like always, Nokia has stood out in this sector by the use of top notch technology. In total the phone has three cameras – one on the front and two on the back. All of the cameras are 13mp and are co-engineered by Zeiss. In the back, one of the cameras is equipped with a monochrome sensor that captures detail while the other one has an RGB sensor that captures color. The combination of these two cameras produces images with an amazing level of detail along with high brightness and color accuracy. This might not really sound as much of a breakthrough to you if you know your phones because dual-cameras in 2017 is a concept that’s already been tried, tested and being widely used. However, a unique feature of the Nokia 8 is the ability to click pictures with both the front and back cameras at the same time. This feature known as the “bothie” allows the view you are looking at and your reaction to the view squeezed into one frame which is quite useful for live streams and a lot of fun for social media. Another unique feature is that you can live-stream directly from the camera app to social media networks. This has the added advantage that it makes use of the Ozo audio codec that makes streams automatically come across in a form of surround sound with the help of the phone’s three microphones. Hence the output audio of your live streams become crisp clear and are of high quality.

Nokia 8 is incorporated with a 3,090 mAh battery such that it has the capability to power the Quarter High Definition Screen. Along with that, the phone also consists of a fluid cooling framework which appears to be especially gratified that in turn channels the phone to run very smoothly. It also means that there will be no issues for the phone to become excessively hot and accordingly utilize significantly more power. The phone aggregates a total of 18 hours 46 minutes even if you play a video non-stop or set the brightness of the screen to 170 cd/ m2 splendor. The Nokia 8 is charged by using a USB-C port at the base and along with that the Quick Charge 3.0, enables to invigorate the phone swiftly, however, the phone does not consist of any alternative method for wireless charging.

Nokia 8 has an amazing Qualcomm Snapdragon 835 chipset that has the capacity to deal with anything. The phone accompanies 4 GB of RAM that offers enough power and along with that has an internal storage of 64 GB and supports an external storage of up to 256 GB that enables you to fill the phone with your most loved applications and games. The Nokia 8 has accomplished benchmark scores that were viably keeping pace with all the top ones in the world of Android. While it seemed to be more diverse in case of the GFXBench Manhattan 3 gaming benchmark. But the Nokia 8 has substantiated itself pretty much equivalent to its adversaries. In any case, the Nokia 8 consists of an inescapable outcome of that best- defined screen which implies that the phone needs to drive the pixels around the screen. 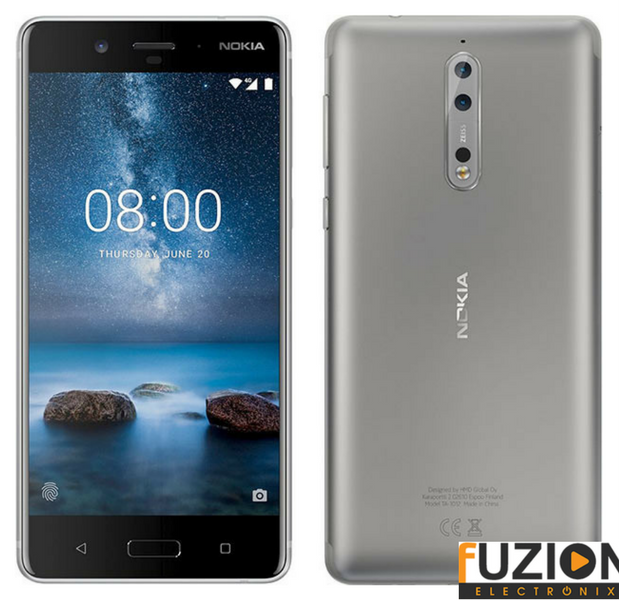 The Nokia 8 consists of Android 7 Nougat which does not have any kind of bloatware. The phone has expanded its support application for the proprietors of the phone. Along with that, the Nokia 8 has utilized its own particular camera application to help propel its capacities. The company is also on its way to implement Android 0 as soon as possible. The software of the phone enables you to enjoy amazing sound quality such that sound played back through the stereo will enable the cerebrum to embed the sound in the right area. This is HMD Global utilizing binaural codecs where the yield still comprises a left and right sound channel so can be tuned in to on any music player. The Nokia 8 ought to be more befitting to top of the line photography, live video streaming, video recording and also clear sound or music recording. This incredible phone places its spotlight on the makers by offering them a phone that can catch greater precision and veracity.